Scientists all over the world have been trying to find a medical breakthrough to stop the continued spread of the Coronavirus -- whether it be a vaccine or a cure. And they are looking at all options, trying to understand that the answer could lie anywhere, in a man-made laboratory setting or even a forest, perhaps? Scientists have recently discovered a 60,000-year-old forest on the African continent, and they believe that it may hold the cure for many modern diseases including the Coronavirus. Are we close to finding an answer to this pandemic?

60,000-year-old forest located could hold the cure for Coronavirus

According to the report by National Geographic, as prehistoric humans just started roaming the African continent 60,000 years ago, cypress trees grew in the forest near the Gulf of Mexico's river banks. As they grew to their highest peaks and later died, the trees were buried under layers of sediment. And the remains of these cypress trees were continuously covered as the sea level rose in the next few thousand years. 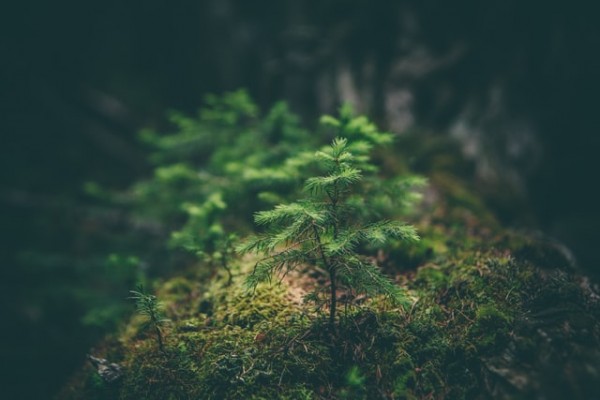 According to the National Oceanic and Atmospheric Administration (NOAA), the 60,000-year-old forest remained undiscovered for millennia. In a CNN report, it was mentioned that the forest may hold the answer to creating new medicines that could save lives -- possibly including the cure for the Coronavirus.

When Hurricane Ivan swept the Gulf coast in 2004, it removed the sediment that had entombed the forest for years. The ancient forest now lies 60 feet underwater, off Alabama's coast located in Mobile Bay, which is visited by a few film-makers and scientists.

A group of scientists from Northeastern University and the University of Utah performed an expedition in December 2019 together with NOAA to gather pieces of wood from the underwater forest for them to study.

"It was really amazing. We dove around the edge of this ancient river bed. On our left were these remains of giant stumps and pristine wood coming out of the bank embankment," said Brian Helmuth, professor of Marine and Environmental Sciences at Northeastern University, who also explored with the team.

"Even though the visibility wasn't great, you could pretty easily imagine it being the edge of a cypress forest and it was almost an eerie feeling of stepping back in time," he told CNN.

The scientists were able to bring back a well-preserved 60-year-old slab of wood back to their lab. Inside it, they found the remnants of around 300 creatures with one of them a shipworm, which is a type of clam that transforms wood materials into animal tissue, according to NOAA.

The shipworm found inside the ancient slab of wood also contained previously unknown bacteria. The said shipworm produced one-hundred strains of bacteria with many of them considered as novel or new. Twelve of the bacterias were evaluated by the scientists using DNA sequencing to check their potential in developing new medicines.

According to NOAA, the team also conducted experiments to study the gathered samples whether they could be used in the production of textiles, paper, food, animal feeds, renewable fuels and fine chemicals. Further studies need to be done if these bacteria can also be used to as a basis for a cure for the Coronavirus. Their findings are expected to be published within a year.

Also Read: FDA Approves Coronavirus Blood Test to Determine Who's Immune or Not