The hole in the Arctic's ozone has now reached an area of over 620,000 square miles from the day it was first spotted in February 2020, as reported by the United Space In Europe, making it the largest hole ever to be recorded. This was confirmed by Diego Loyola, a scientist at the German Aerospace Center. 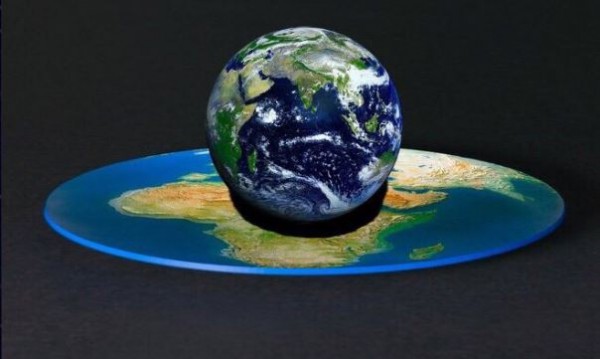 (Photo : Screenshot from Twitter Account of @RoundEarthFlat)
Biggest Hole In Arctic's Ozone Layer Spotted By Scientists! Will This Be A Threat To Mankind?

The new discovery is unusual, according to scientists, because the ozone levels in the Arctic area have started to recover. The CNN report stated that although there are reported holes every year in the Arctic, there hasn't been any sizable hole in the ozone layer that could be seen since 2011. Researchers at the Copernicus Program and the European Union's Earth Observation Program, who first discovered and observed the hole, were not sure how it became so large.

"The ozone has been, in this layer, almost completely depleted," said Vincent-Henri Peuch, the director of Copernicus Atmosphere Monitoring Service in the report.

The biggest hole in Arctic's ozone layer spotted by scientists; Will this be a threat to Earth?

According to CNN, life on Earth relies heavily on the ozone layer. It is located in the stratosphere between 9 and 22 miles above the planet, and protect humans from ultraviolet radiation that causes skin cancers and other diseases. Human-made chemicals have continuously destroyed the ozone layer, creating a hole that was first discovered in 1985. Chlorofluorocarbons or CFCs, for example,  can accumulate in the atmosphere after they're are emitted during human activities.

Although CFCs were banned in 1996, they can for 50 and 100 years in the atmosphere where it has accumulated. Because of the longevity of the chemical, scientists said that the damaged part of the ozone layer may not fully heal until the end of the 21st century, which was reported by the Environmental Protection Agency.

According to CNN, when the Antarctic reaches a freezing temperature of -108.4 degrees Fahrenheit, the polar vortex is formed which facilitates the reactions between the ozone layer and the CFCs.

According to the NASA Ozone Watch, ozone holes are formed when the first sunlight after the winter season arrives, breaking the CFC bond to emit a chlorine atom which destroys the ozone layer. However, scientists clarified that it is rare for ozone holes to form in the Arctic since the high altitudes and mountainous terrains making it difficult for the polar vortexes, also known as stratospheric clouds, to form in the area.

Also Read: Scientists Discovered The Most Active Quasar Near Earth; Will The Cosmic Winds Reach The Planet?