Another set of challenges has arrived in Fortnite. For Chapter 2, Season 2, Week 9, players will have to do some tasks for Midas, the final of five Agents in the GHOST versus SHADOW storyline. 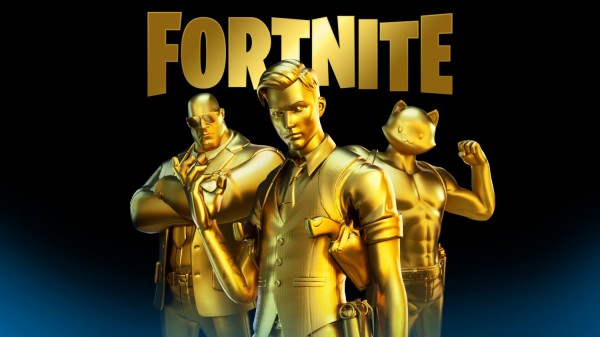 (Photo : Epic Games)
This week will focus on Midas, the last of the five Agents in Fortnite chapter 2, season 2.

Initially, the last two weeks would have been the previous weeks of Fortnite Chapter 2, Season 2, and that Midas and his challenges would be the last ones for this season. But since Epic Games announced the delay of the next season, it seems like players will see more of these agents for the next few weeks.

Nevertheless, Epic Games said they have surprises up their sleeves, so fans might also see a change of narrative soon.

As with the mythological figure, Midas is literally the golden boy, and his tasks have a golden theme going on--from earning Gold Medals to finding golden llamas, and like previous tasks, completing each one will earn Fortnite gamers 40,000 XP.

Here's the complete list of challenges for Midas' Mission for this week, courtesy of GamesRadar:

As with previous weeks, most of the tasks for this week are pretty straightforward and can be completed by continuously playing Fortnite matches.

Read Also: Fortnite Chapter 2, Season 3 is Delayed According to Epic Games, When Will the New Season Come?

Among the tasks is to find five XP coins, which should be all over the Fortnite map and have continued to increase in number as the weeks have passed by. Unfortunately, Forbes noted that the ones you have already don't count.

So, unless you've been hunting them down fervently for the last few weeks, you can easily complete this task.

Over a month ago, SquatingDog published a map of the available XP coins. Since the map is already a month old, it's likely that more have spawned across the island, especially with this week's challenge.

For this task, it doesn't matter what color of XP coin you get, as long as you collect five in total.

Current XP Coins that I have found thus far! The easiest way to find these coins to download my app “Squatingdog for Fortnite” it has pictures with each coin and a check off list! These will update every two weeks with new content so be ready for a lot more! Download below: pic.twitter.com/Fzqzs2rAfI — LIVE - squatingdog (@thesquatingdog) March 8, 2020

Another challenge for this week includes finding the golden llama, which should be easy since there's a clue. However, the location is unmarked in the Fortnite map, so it could still be confusing for many players.

For those who need help, the golden llama is located at G3 of the map or east of Frenzy Farm, according to Eurogamer, right in the middle of the triangle created by the three landmarks in the clue.

Close to the bridge is a small building. Head inside to find the head of a golden llama.

Here is the location on the map: 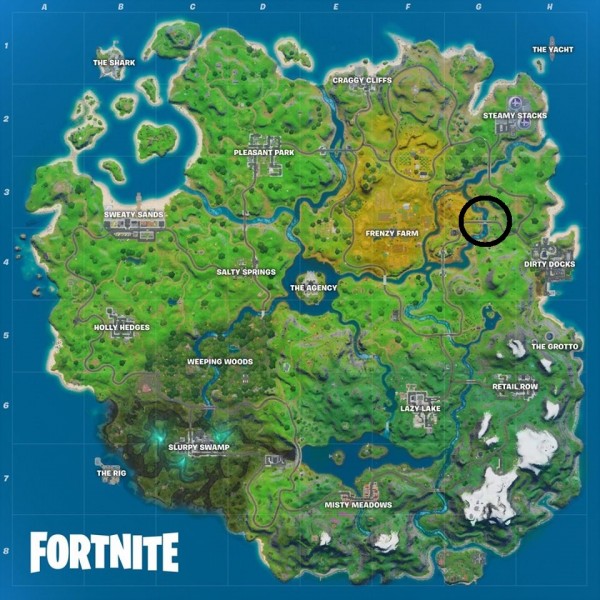