Fortnite Secret Challenge: How to Rescue the Teddy Bears from the Gnomes

For those who are unaware, Epic Games has added secret challenges to Fortnite, and this week, players need to rescue the Teddy Bears who have been captured by the Gnomes in the continuation of the Teddy Bears versus Garden Gnomes storyline. 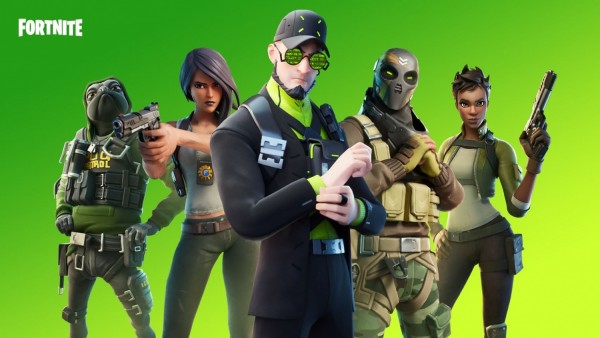 This week's secret challenge is a continuation of the "For the Gnomes" and "For the Bears" challenge from a couple of weeks back.

From the last secret challenges, Fortnite players were required to find the Ted Offensive Plan, which was basically the Teddy Bears hiding in their secret bunker. Players also had to find five honeypots as well as aim the telescopes near the Garden Gnomes in the woods.

Now, it seems like the story has progressed, and the Garden Gnomes have captured the Teddy Bears.

According to Forbes, this secret Fortnite task is even more secretive than the last set of challenges since there's no indication that the challenge is already live--not even a clue left in the Daily Challenge board, unlike the past tasks.

Nevertheless, here's how to trigger the challenge.

First off, go to the secret bunker of the Teddy Bears in Weeping Woods. For those who forgot, the location is in our previous guide for the "For the Bears" challenge.

Outside the HQ, players would notice some changes, including the missing door to the cellar.

Go inside and see the devastation that the Garden Gnomes have brought, although the Bears did bring out one of the Gnomes during the invasion.

However, the Garden Gnomes have the upper hand and have imprisoned the rest of the Teddy Bears in their own prison that once held a single Gnome. They have also captured the ringleader and have surrounded him.

Read Also: Fortnite Chapter 2, Season 3 is Delayed According to Epic Games, When Will the New Season Come?

How to Complete the Challenge?

To complete the challenge, all you need to do is to go up to the prison cell and open the door, as noted by PCGamer.

Then, a "Save the Bears" prompt will appear and simply follow that to accomplish the task, which should earn every Fortnite player 15,000 XP. Not bad for a simple challenge.

It seemed like many loved this little side story, no matter how weird or random it might be and how little background there is--nobody knows for sure whether the Teddy Bears are the good guys or it's the Garden Gnomes.

Nevertheless, since there are no indications of the arrival of the secret task, nobody is quite sure whether we'll see another secret mission next week or this is the end of this little story.

This week, Agent Midas is requesting every Fortnite player to do some tasks for him, including gathering Intel, collecting XP Coins, and looking for the golden llama.

TechTimes has recently created a guide on the location of the XP Coins as well as the golden llama to complete all of Midas' Mission tasks for this week and earn 40,000 XP for each completed challenge.

Epic Games has also previously announced the delay of the next season to June 4.