NASA Will Launch in May from American Soil After 9 Years

The United States will launch a rocket into space on May 27 from American soil for the first time since 2011, NASA has announced.

The launch will transport astronauts Doug Hurley and Bob Behnken aboard a SpaceX Crew Dragon spacecraft, according to the space agency. A SpaceX Falcon 9 rocket will launch the capsule into the International Space Station (ISS). 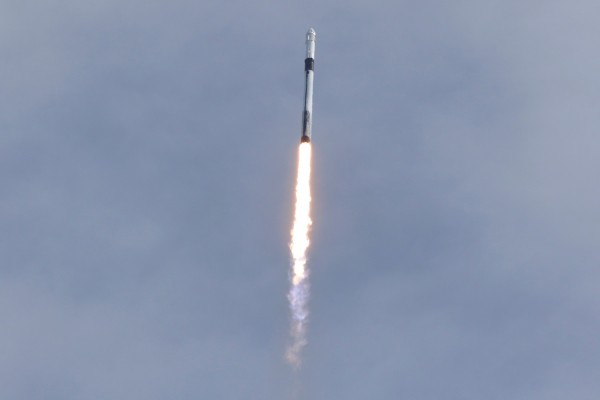 On a tweet on Friday, NASA Administrator Jim Bridenstine announced the launch of the American mission.

BREAKING: On May 27, @NASA will once again launch American astronauts on American rockets from American soil! With our @SpaceX partners, @Astro_Doug and @AstroBehnken will launch to the @Space_Station on the #CrewDragon spacecraft atop a Falcon 9 rocket. Let's #LaunchAmerica  pic.twitter.com/RINb3mfRWI — Jim Bridenstine (@JimBridenstine) April 17, 2020

The launch will happen from the Kennedy Space Center historic pad 39A where the Apollo and Space Shuttle programs were previously launched.

NASA will launch in May from American soil after 9 years

The space shuttle Atlantis carried four NASA astronauts on a mission to deliver supply and parts to the ISS, as well as an experiment for robotically refueling satellites in space.

Two days after the launch, Atlantis reached the station with a ceremonial ringing of the station's bell, welcoming the visitor for the last time.

The US has since then relied on Russian Soyuz rockets to get astronauts into space. The US pays about $75 million to Russia to send an astronaut into space from the Baikonur Cosmodrome in Kazakhstan. However, the total cost amounts to nearly $400 million including the required water, oxygen, food, and equipment an astronaut needs.

Right when the world struggles from the coronavirus crisis, NASA announced the date for its exploration.

However, it did not come as a surprise as Vice President Mike Pence spoke about it on Feb. 19 at Langley Research Center in Virginia. Also the chairman of the National Space Council, Pence promised NASA astronauts will launch again into space from US soil after nearly a decade.

"With the strong support of all of you, the United States will return American astronauts to space on American rockets from American soil," he said.

Pence also discussed the plan for Americans to set foot again on the moon through NASA's Artemis program. This aims to build a viable human presence on Earth's natural satellite and bring American astronauts on the moon by 2024.

"Together, we're going to ensure that the first woman and the next man on the moon will be American astronauts," he said. "We're going to establish a foundation for an eventual mission to Mars - we're going moon to Mars."

NASA taps the support from private space companies such as SpaceX and United Launch Alliance to fund America's future space exploration through its Commercial Crew Program.

Currently, there are only three astronauts in the International Space Station. These are NASA astronaut Christopher J. Cassidy and Russians Anatoly Ivanishin and Ivan Vagner who were on-board the Russian anti-satellite missile, which launched on Wednesday, April 15.