An Oxford scientist leading Britain's coronavirus vaccine race has urged the government to help produce millions of doses before it has demonstrated to be effective. 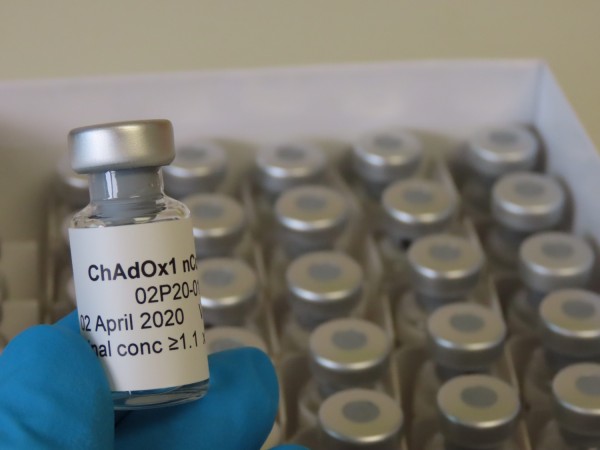 (Photo : Sean Elias/Handout via REUTERS )
Vial 1 of Box 1. This is the vaccine candidate to be used in Phase 1 clinical trial at the Clinical Biomanufacturing Facility (CBF) in Oxford, Britain, April 2, 2020. Picture taken April 2, 2020.

Professor Sarah Gilbert stated her crew needed help manufacturing the jabs, warning the United Kingdom did not have the facilities to do it alone.

The government's scientific adviser Sir Patrick Vallance has said ramping up production ability can be 'challenging.'

He has advised people not to depend on a vaccine as a last option for the coronavirus pandemic because vaccines are a 'lengthy shot.'

However, his comments did not pour bloodless water over Gilbert's - and has previously said she has 80 percent confidence in the vaccine.

ALSO READ: 5 Things Mentally Strong People Do; Things You Need To Do To Cope With The COVID-19 Pandemic

What is a coronavirus vaccine?

Vaccines train the immune system to prevent people from developing a disease, including COVID-19.

BBC News said approximately 80 corporations around the world, including leading pharmaceutical companies, are seeking to expand a vaccine, and a few have already all started human trials.

This research is taking place at exceptional speed - years of work are being compressed into months.

What has Oxford done?

Gilbert's team at the Jenner Institute plan to get medical trials underway by the end of the week with the help of 510 volunteers.

If they prove useful in the next tiers - which would involve the elderly - Gilbert said the vaccine might be given to the general public by September.

The crew has gone through degrees of vaccine improvement that generally take 5 years in just four months.

They have been a step in advance of other businesses because they already had a base vaccine for comparable coronaviruses.

Gilbert said the researchers need help from the government to help the team accelerate the production of coronavirus vaccine.

'There aren't any manufacturing facilities in this country that at the moment can make [substantial] amounts of the vaccine,' she said during the BBC's Andrew Marr show.

According to The Guardian, Vallance said the government could have one ready to take off the shelf and be delivered at scale.

"Work must and will be taking place to build the manufacturing capacity needed to take any vaccine from lab to jab, producing the millions or potentially billions of doses that will be needed," Vallance said.

Sir Vallance has said expectations for a vaccine should be tempered after hopes were raised at the news closing week of Oxford's approaching trial.

He said all new vaccines that come into development are long shots; only a few turn out to be being a hit, and the whole system requires experimentation.'

Professor Gilbert said Sir Vallance's comments that each one vaccine was a 'long shot' did not pour cold water over her work.

Multiple vaccines, according to Gilbert, can be successful. However, she noted around 140 different vaccines in development, saying not all vaccines will be successful by any means.

Sir Jeremy Farrar, a member of the Government's Scientific Advisory Group for Emergencies (Sage), said vaccines will need to be produced in billions to help the world combat the virus pandemic.

Farrar told DailyMail he was 'optimistic' about finding a vaccine. However, he said finding a safe and powerful treatment for today's strain was 'not given.'

Scientists have requested people now not to pin their hopes on a vaccine. However, it's believed that vaccines are the simplest way for high-hazard people, including the elderly, can be able to mingle in society inside the future.