Scientists are now saying that molecules in camelids blood can serve as a useful therapy for coronavirus patients. Antibodies from llamas have already proved effective against other diseases such as severe acute respiratory syndrome (SARS) and the Middle East respiratory syndrome (MERS) in the past. It has also been identified that ferrets, when infected with COVID-19, have a response similar to humans. 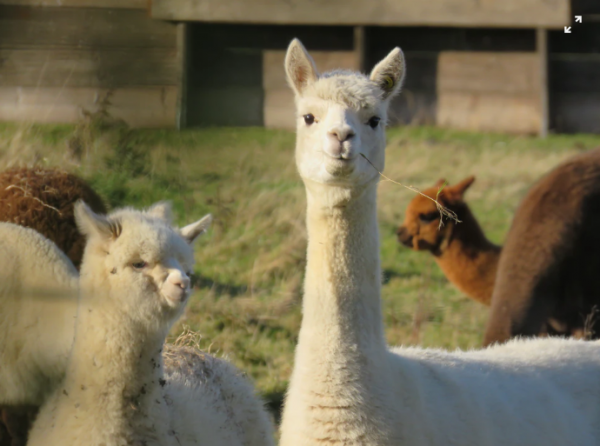 Llama antibodies could help neutralize COVID-19; Discovered in Brussels back in 1989

A new study from the Vlaams Institutes if Biotechnology in Ghent, Belgium, has reported that antibodies obtained from the blood of llamas can help fight the coronavirus.

American and Belgian scientists told the Sunday Times that "These molecules may serve as useful therapeutics during coronavirus outbreaks, The feasibility of using [llama antibodies] merits further investigation."

has tipped off some researches to the peculiar properties of antibodies found in llama blood, camels and alpacas--which are all members of the camelid family. In 1989, an accidental discovery in a Univerity laboratory in Brussels

When compared to those of humans, camelid antibodies are smaller which has opened the door to what is known as a nanobody technology. This is the use of microscopic molecules to deliver drugs that can target viruses even more effectively.

According to the Sunday Times, "There was further good news from the animal world in a South Korean-led study of the new coronavirus's effect on ferrets. The domestic or European ferret (Mustela putorius furo) has long been used in biomedical research, particularly in the study of human flu."

This South Korean study was published in the journal Cell Host and Microbe. It reported that ferrets that have been infected with COVID-19 respond the same way as humans--and the same may be true with hamsters.

Their responses to a coronavirus infection closely resemble the upper and lower respiratory tract infections in humans, according to Hong Kong University researchers.

Reports from Science magazine have also said that for "eight hamsters, the animals lost weight, became lethargic, and developed ruffled fur, a hunched posture, and rapid breathing. High levels of SARS-CoV-2 were found in the hamsters' lungs and intestines, tissues studded with the virus' target, a protein receptor called angiotensin-converting enzyme 2 (ACE2)."

These findings "closely resemble the manifestations of upper and lower respiratory tract infection in humans," Chan and co-authors wrote in a 26 March paper in Clinical Infectious Diseases."