Due to the high demand for Nintendo Switches and the lack of supply, one gamer went out of his way to build his very own Switch console for a fraction of the retail price. You can do it, too. 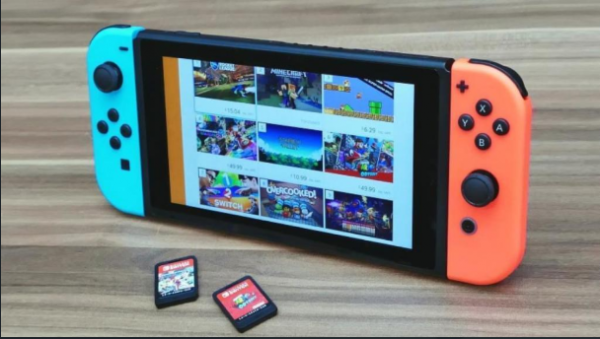 Read More: Spellbreak is Similar to Battle Royale Games, But With a Magic Twist; Closed Beta For PC, PS4

How a gamer created his very own Nintendo Switch console

As you all know, Nintendo Switch consoles have been hard to come by these days. And if ever you do see one in the market, it's understandably been overly priced so by people who have a spare or two to get rid of.

Reddit user Sarbaaz, however, was not happy with those prices. Instead, he opted to go the more difficult route and make his very own Switch console. His decision to create his own was because he felt angry at the unreasonable prices the console was being resold at in the market ranging from $450 to $600.

Sarbaaz immediately went on to describe the steps on how to create your very own Nintendo Switch console from used parts.

If you want to see how he wrote it down on his own words, you check it here. His hard work and dedication, not to mention the patience, paid off in the end when all he had to spend was a fraction of the cost and of course, his very own console.

The parts were relatively cheap to find since they were all mostly used parts mostly, coming just under $410 for each piece with one major exception--the working OEM Nintendo Switch replacement logic board costing at $95. The logic board was the most expensive of the bunch.

As for the actual build time, Sarbaaz had this to say: "The key to a project like this is extreme patience. This took about a month and then some to bid on parts, find inexpensive sellers, and wait for ground shipping from China. In the end, it was still worth it to me."

Read More: 'Back To The Future' Loophole is Finally Explained by the Writer of the Movie After Years of Debate!

The real cost to build your own Nintendo Switch now

Sarbaaz acquired the parts needed for the DIY Switch console in January. Hence, the cost was about $199. Now, looking at those same parts in the market, it would cost between a total of $300 to $400.

Sarbaaz mentioned that he sourced the parts and built the Switch with his friend, explaining on Reddit: "I know many people have commented on time is money, and a few hundred isn't much. But the truth is my friend who this is for was laid off due to the virus and aren't sure when their savings will dry up. It seems like a luxury to own a gaming console in that financial bind, but with only a Netflix account, it seems like a good mental health device while sheltering in place."