If you've ever watched Back To The Future,  you, along with millions of other fans, might have wondered why George and Lorraine did not remember Marty from when he visited them when he traveled back in time. Writer Bob Gale has now closed that loophole and explains why. 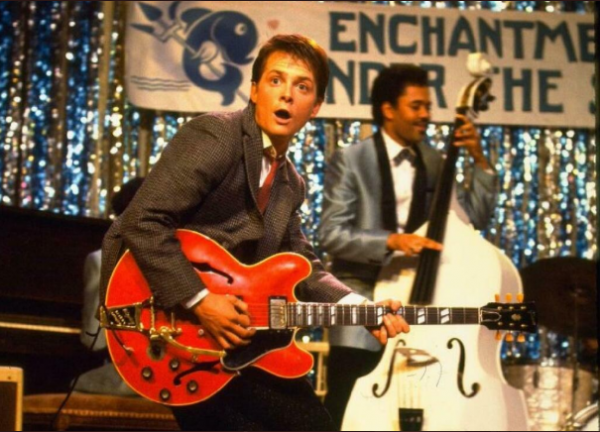 Read More: Update: Team Fortress 2 And CS:GO Source Codes Leaked; Valve's Response And What You Should Do About It

Twitter's hashtag "5 Perfect Movies" has sparked another debate around Back to The Future and one of the significant plotholes in the movie. For years since the movie came out, before the sequels came, there has a lingering question in everybody's head.

The loophole in question is that why didn't the parents of Marty McFly remember him as he traveled back in 1985 to help them get together for Marty to be conceived? Even no inkling or "you look familiar" was raised. Why?

Gale explained once and for as he told The Hollywood Reporter: George and Lorraine only knew Marty for roughly six days when they were just 17 years old. They also didn't see him every day, which stands to be the reason why they must have forgotten the strange kid in some sense.

"So, many years later, they still might remember that interesting kid who got them together on their first date. But I would ask anyone to think back on their own high school days and ask themselves how well they remember a kid who might have been at their school for even a semester," Gale said. "Or someone you went out with just one time. If you had no photo reference, after 25 years, you'd probably have just a hazy recollection."

Gale went to explain that in his mind, George and Lorraine might have found it funny that their son would grow up to look anything like the man they met in the 1950s, and "it wouldn't be a big deal."

Gale also said, "I'd bet most of us could look through our high school yearbooks and find photos of our teen-aged classmates that bear some resemblance to our children,"

Director James Gunn also tweeted out his thoughts on the matter, saying, "Back to the Future SEEMINGLY could be imperfect (why don't Mom and Dad remember Marty?)

Actor Chris Pratt also weighed his opinion on what Gunn tweeted out by saying, "Maybe they do remember him tho, not as Marty, like Calvin. When Marty returns to present day 1985, it could have been years since his parents would have perhaps originally noted the uncanny resemblance between their son and that kid from high school 20 years previous.

What are your thoughts? Do you agree that Back To The Future should be on the perfect movie lists, or are you still not convinced with writer Bob Gale's explanation about the supposed plothole?

Read More: Netflix's Peaky Blinders Now Has Its Own Game! Coming to PC, PS4, XBox One, Nintendo Switch This Summer

ⓒ 2021 TECHTIMES.com All rights reserved. Do not reproduce without permission.
Tags: Back to the Future Twitter Debate Loophole
Most Popular