Is Extraction's Tyler Rake Alive for a Sequel? Plus, Here's How They Managed To Do That Insane 12-Minute One-Shot Action Sequence

Although critics are quite torn with Netflix's new movie, Extraction, it's a clear hit among those who have seen it, often comparing it with the Keanu Reeves hit film series John Wick, and some Call of Duty vibes, especially with its 12-minute one-shot action sequence in the first half of the film. 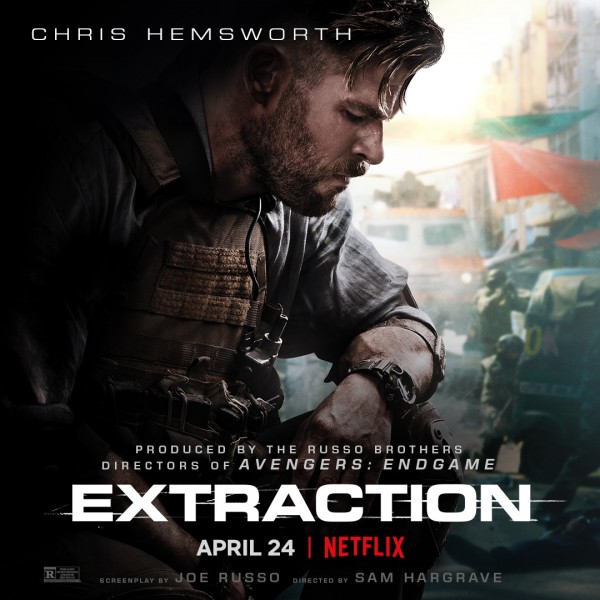 (Photo : Netflix/Facebook)
Extraction came to Netflix this weekend and was a hit among its viewers.

The story follows Tyler Rake (Chris Hemsworth), a previous Australian Special Air Service Regiment soldier turned into a black-ops mercenary that was hired to extract the kidnapped son of a drug lord in Dhaka, Bangladesh.

It's the directorial debut of Sam Hargrave, a veteran stuntman, which is likely why the film had such amazing stunts.

Nevertheless, fans have one particular action sequence in Extraction that will be quite unforgettable--the 12-minute one-shot showing Rake protecting Ovi Mahajan, Jr. (Rudraksh Jaiswal) from the Dhaka drug lord's men, including a couple of car chases, foot chases, gunfights, knife battles, and hand to hand combat.

This is also the part where it feels very Call of Duty-esque, providing the audience with a seemingly first-person vibe.

How Was it Made?

But, how did the team pull the amazing "oner?"

According to IndieWire, Hargrave himself took the shot, strapping himself on a camera car for the car chase scenes--and given his background as a well-known stuntman, it wasn't unbelievable that he could pull it off.

He said that in the script, which was co-written with fellow MCU alum Joe Russo, the action sequence "exciting and amazing" but, they wanted to ensure it wasn't just another car chase from another action movie.

However, they had budget and time constraints.

And so, the director turned to the title for some idea.

"What you're promising with the title of Extraction is, let's have the audience experience this with the characters in real-time so that you're facing the challenges they face as they do. You're reacting to what they react to," Hargrave explained.

Thus, the Extraction director decided to do it handheld and in a kind of documentary-style to let the people experience the scene.

Besides that spectacular one-shot action scene, every fan would likely never forget the film's open ending, which some believe hints that Rake is alive and that there is a possibility of a sequel.

For those who haven't watched Extraction, yet, the following contains spoilers.

Right at the end, when Ovi and Rake are just meters away from the extraction zone, Rake is shot in the neck, ensuing a heartbreaking and gut-wrenching scene as the audience sees Hemsworth slowly die and fall off a bridge.

Nevertheless, eight months later, we see Ovi jump to a swimming pool and sink to the bottom, recreating Rake's first scene. Then he goes up for air, and in the background, we see a blurry figure that looks a lot like Tyler Rake--which leads to the question: is Rake dead or alive?

When asked by Collider, Hargrave said: "What would hopefully happen is people will be discussing that afterwards, and you get to say which one you feel is right for you."

But if you're not convinced with that, apparently Joe Russo's ending for the script explicitly shows that Rake is dead--and they even shot it as the original ending of Extraction, but upon showing it to a test audience, many were upset.

For Hargrave, he preferred the ending where Rake doesn't live, especially since the idea came from him.

"His story was complete because he found something to keep him alive, and his journey was complete when he came to redemption through sacrifice. He made the choice he was okay with," he said.

There you go, whatever you want to happen, it's the ending.