New Zealand Beats Coronavirus But Is Not Rejoicing Yet

After five weeks of strict lockdown, New Zealand has eased the constraints but urged the people to remain vigilant despite beating coronavirus. 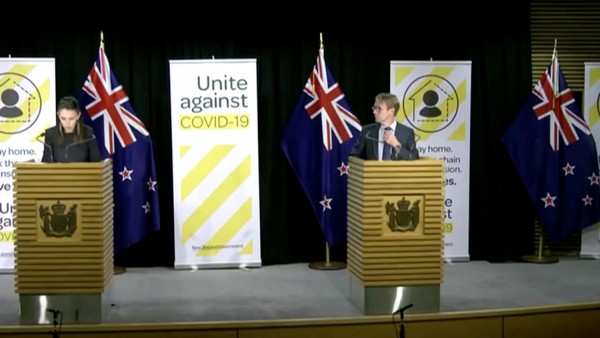 "That does give us confidence that we've achieved our goal of elimination, which never meant zero but it does mean we know where our cases are coming from," New Zealand's Director-General of Health Ashley Bloomfield said on Monday adding that authorities were still investigating the source of infection.

New Zealand allows additional 400,000 people to go back to work, with 75% of the economy now operating, according to Ardern. Also, holding small funerals and buying takeaways are now allowed.

However, in a report in TechTimes on Monday, Apr. 27, Ardern is still urging the people to remain vigilant, continue practicing social distancing, and stay at home despite the recent success.

"We are not out of the woods," she said at a press conference Tuesday. "(Level three) is a recovery room of sorts to assess if the incredible work that New Zealanders have done ... has worked."

"(Level three) is not and cannot be returned to pre-Covid-19 life. That day will come, but it is not here yet," Ardern said.

As of Tuesday, according to Johns Hopkins University, New Zealand has an 82% recovery rate or 1,214 out of 1,472 confirmed cases with 19 deaths.

These are good numbers, and various factors resulted in this success. Aside from time and location, New Zealand has also practiced good actions: quick response, mass testing, and trust good science.

A month after confirming the first case in the United States, New Zealand only had its first COVID-19 case on Feb. 28. This has allowed the country to learn what other countries are doing to tackle the virus.

Also, as an island nation with only a few flights coming in, it was easier to monitor the movement of traffic to and from the country.

Coronavirus has proven to have devastating effects if not contained immediately. And New Zealand indeed acted quickly on the pandemic.

On March 14, already with six COVID-19 cases, Arden announced that anyone who enters the country would need to practice self-isolation for 14 days. Five days later, foreigners are banned from entering the country with 28 cases.

However, as the confirmed cases reached 102 with no deaths, the country was put on lockdown on March 23.

"Decisive action, going hard and going early, helped to stamp out the worst of virus," Ardern said in a statement Tuesday.

Arden's prompt decisions gained approval from 87% of New Zealanders, based on a survey by Colmar Brunton.

New Zealand is a key departure route to Pacific Islands, so these restrictions also benefit the country's Pacific neighbors.

Arden said that New Zealand has ramped up its testing to 8,000 tests per day, totaling 126,066 tests as of today. The high proportion of negative results show the measure is working.

According to WHO's Health Emergencies Programs Executive Director, Dr. Mike Ryan, having one positive out of 10 negative test results or at least 9% is a good rate. New Zealand's rate is at 1%. Also, Arden reported on Monday that the country's contagion rate is merely 0.4, which is far below other countries' 2.5 people.

Throughout the pandemic, Ardern and Bloomfield appear together at regular press conferences, with the prime minister usually passing questions from the media to him.

Aside from being a public servant, Bloomfield is a qualified public health specialist. A statement on the Ministry of Health website stated his "particular area of professional interest is non-communicable disease prevention and control".

"In New Zealand, it has been a wonderful link between good science and brilliant leadership, and the two together are I think are really highly effective," added Baker.