After some server downtime, Fortnite players can finally download the latest update, patch 12.50 on PlayStation 4, Xbox One, Nintendo Switch, PC, and iOS and Android phones. But what can everyone expect? 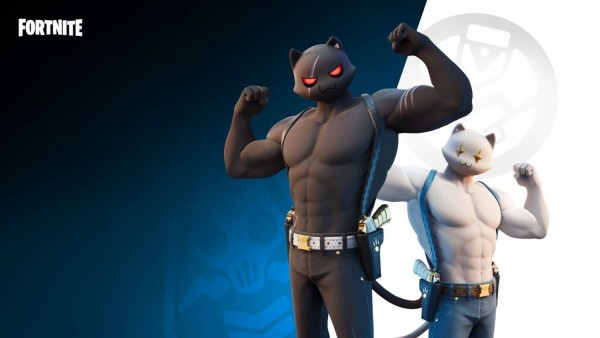 According to a report by the Daily Express, Fortnite patch 12.50 will contain a couple of controversial changes, including nerfing the Aims Assist that will make it harder to hit targets automatically.

"This build includes an AA change which makes 240hz AA act like 60hz AA, which does impact target acquisition. Investigations and tests are ongoing regarding aim assist, and your feedback is appreciated," a message to fans read.

Besides, Epic Games also decided to make some changes with the Heavy Sniper, which could have some big competitive ramifications.

Besides these changes, the developers have laid out some fixes for the bugs from the previous update, including fixing the resolution and framerate issue, along with addressing the problems with one of Skye's challenges and local challenges.

There is also one noticeable change to the map: Risky Reels is now a marked location.

Epic Games will also be launching a Party Royale mode on Fortnite, which according to Newsweek, might be a mode somewhere in between the usual Battle Royale and Playground modes and what devs describe as "a new and experimental space."

What that means is that there are still objectives and goals to achieve, but there is not much pressure with building structures and trying to come out as the lone survivor.

Nevertheless, until Fortnite officially launches Party Royale, with some tests happening on Friday, May 1, at 9 pm ET, we can't be sure what the mode is and how it will be played.

The complete but unofficial patch note from Fortnite patch 12.50 is also available on the news outlet.

As with every update, data miners are working to find some interesting data from the latest patch, and it seems one of them has found the answer to what Party Royale might be.

According to Eurogamer, a data miner by the name of ShiinaBR found a mini version of the main battle royale island, codenamed Papaya, where the no-combat Party Royale mode will likely happen.

There appear to be areas for mini-games for vehicle and foot races, motorboating, and football. Hints for Season 3 Found? Meanwhile, another Fortnite data miner FortTory found possible hints to Chapter 2, Season 3, which was delayed and pushed back to a June launch instead of this May. In a report by GamesRadar, the data miner found posters codenamed "S13_poster_Teasers!\" that features Meowscles with wearing armbands and is in waist-deep water.

Two other posters have been found, one with a house in a lifebuoy ring and another one showing Peely swimming with a shark underneath, ready to attack at any moment.

These posters are likely teasing a new event or a brand-new map for the next season.

But if they hint anything, it has something to do with water and possibly flooding, so it might suggest that for the next Doomsday event, the island might get flooded and change the landscapes, perhaps permanently.

Read Also: EA Prepares for Battlefield 6 For Its Release in 2021; Stop Both Support for Star Wars: Battlefront 2 and Battlefield 5