May is coming. That means new bugs are set to reach Animal Crossing: New Horizons. The coronavirus pandemic isn't enough to prevent the seasonal rotation of bugs in this popular game.

Here is the list of bugs and visiting characters and where they will be this week. 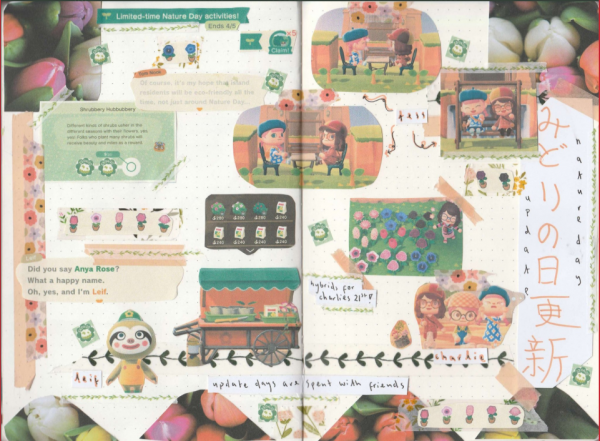 Nature Day is an event introduced in the 1.2.0 patch update last week. Running from April 23 to May 4, the update had a brand new plant and two new traveling characters to Animal Crossing: New Horizons.

Leif is among the visiting characters you might have encountered. According to IGN, he's a friendly sloth that will show up again near Resident Services to sell shrubs and flower seeds.

However, the items he will be selling won't be native to your island. So if you're trying to improve your lawn and crossbreed a few new blooms, you'll want to keep an eye fixed out for him.

Another visiting character added in the latest update is Redd. This mischievous fox has gone by Jolly Redd, Cousin Redd, and lots of other names. He sells antique artwork and statues. While some of his inventory includes genuine artwork pieces, not all of his merchandise is authentic, so always examine it closely.

You will see Redd at the beach the next day once you've made a minimum of 40 donations to the museum, and Blathers mentions the museum art upgrade. Talk to him, and he'll give you a chunk of genuine artwork after haggling.

Tarantulas are out and Scorpions are in. Just like the pesky vast spiders, Scorpions will chase players around and sting them if they're approached too aggressively, so watch out. You can discover Scorpions on the floor at night from the hours of 7 p.m. to 4 a.m..

Things also are different inside the skies of New Horizons. The Great Purple Emperor Butterfly has emerged from its cocoon and may be spotted from 4 a.m. to 7 p.m..

At the same time, the Banded Dragonfly may be spotted from 8 a.m. to 5 p.m.. The Queen Alexandra's Birdwing Butterfly--which sells for 4,000 bells--can be observed flying around the island between 8 a.m. and 4 p.m..

The South remains taking part in a large range of native trojan horse species roaming across the island, but there are at least a few newcomers in May.

First is the Mole Cricket, a loud underground-residing computer virus that you have to listen for and then dig up. They may be bought for 500 bells and can be found all day (and night) long.

The Damselfly is any other flying computer virus that may be found everywhere on the island at any time. And the Tarantula replaces the Scorpion as the primarily ground-based biting insect that scares villagers from 7 p.m. to 4 a.m..