The U.S. Air Force is looking forward to starting a new program on hypersonic cruise missiles soon as the military branch reaches out to the defense industry to learn more about this weapon technology, according to a report on Defense News. 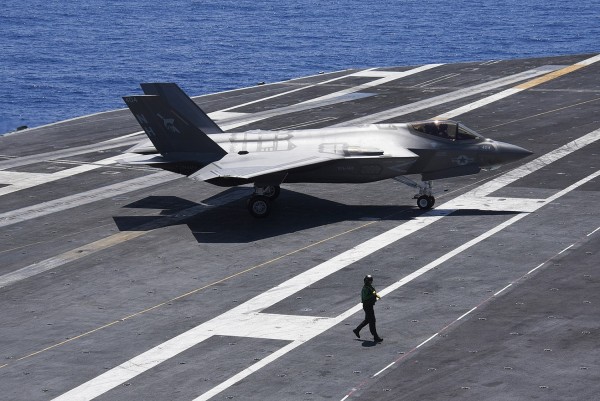 Asking Information From the Industry

The U.S. Air Force requested companies to submit information for a "solid rocket-boosted, air-breathing, hypersonic, conventional cruise missile" that could be shot from its existing fighter and bomber aircraft.

U.S. Air Force acquisition executive Will Roper said that any information that will gather from this request would help the service in deciding whether to start funding a new hypersonic cruise missile program. It will also help determine how fast they can field the new weapon. Roper added that the program would take advantage of the results of the research conducted by the U.S. Defense Advanced Research Projects Agency (DARPA) and the Air Force Research Laboratory and tap a company that could help accelerate the design into production.

Roper said that they do not know how fast it would take to develop this technology; that is the reason the U.S. Air Force is reaching out to the industry. But he expected that they could develop it quickly considering how far scramjet technology has matured.

The U.S. Air Force targets to have an initial design by the last quarter of the fiscal year 2021. The design should incorporate ramjet, scramjet, or dual-mode propulsion rather than using boost-glide systems. Boost-glide systems are currently being used in the hypersonic weapon systems in progress with the U.S. Department of Defense.

The U.S. Air Force is taking the fast development of weapon technology in the different parts of the world seriously, and they do not want to be caught off guard. They are exploring scramjet technology and hypersonic cruise missiles to make sure that they do not cede any ground on these new technologies. Roper said that they would have greater flexibility with this as a whole. "That's one reason we are interested in accelerating technology. It's mature, and it's ready. It will give our operators greater flexibility," he added.

Also, Roper said that the U.S. Department of Defense also aims to expand the number of manufacturers of hypersonic weapons. "One of the reasons I'm excited about starting a hypersonic cruise missile program is that we will have different suppliers. It's a very different technology," Roper explained.

Roper said that he is exceptionally impressed by what new manufacturing techniques are enabling when it comes to scramjet technology. "I entered this job thinking scramjet will probably be a step behind boost glide. I am delighted to say that I was wrong. Scramjet is much more mature and ready to go than I originally thought," he added.

It seems that the U.S. Air Force will undertake a new program involving hypersonic weapon technology just months after scrapping the Hypersonic Conventional Strike Weapon (HCSW). The HCSW was on track for conducting flight tests until it was dropped in favor of the Air-Launched Rapid Response Weapon (ALRRW). Roper said that the U.S. Air Force chose ARRW because it was cheaper compared to HCSW, and B-52 bomber planes and F-15 jets can carry large quantities of it. Both ARRW and HCSW are boost-glide weapons produced by Lockheed Martin.

ⓒ 2021 TECHTIMES.com All rights reserved. Do not reproduce without permission.
Tags: US Air Force Hypersonic Weapon Defense Department of Defense
Most Popular