After the United Kingdom (U.K.) receives packages of medical ventilators from China, British doctors are now warning hospitals that some Chinese ventilators were found defective. Hundreds of delivered ventilators have reported a lack of oxygen supply, cannot be cleaned properly, and have a confusing instruction manual. Worse, this could even cause coronavirus death once hospitals don't notice the errors in the machines.

In an exclusive report of NBC News, senior British doctors have seen terrible performance out of the 250 medical ventilators received and purchased from China.

The doctors said that the ventilators have errors in instruction manuals, had an unfamiliar design, cannot be adequately cleaned, devices look like only built for ambulances-- not for hospitals, and even had defectivity in its contained oxygen supply.

The equipment also has missing parts for it to be accessible in hospitals like the 'non-E.U.' oxygen connection hose. Nurses reportedly have to create their own connection hose in order to use the said Chinese ventilators properly.

The ventilator called Shangrila 510 model came from the Chinese firm Beijing Aeonmed Co. Ltd. According to the doctors at Sandwell and West Birmingham NHS Trust, hundreds of these ventilator models from China were found with the same problems.

Worse, once other hospitals that use the same ventilators don't find the errors, this may lead to "significant patient harm, including death" amid the pandemic.

The hospital doctors have expressed their dismay with the Chinese brand and said that hospitals must withdraw and replace these devices immediately before a patient gets his life dangerous with its defective system.

"We look forward to the withdrawal and replacement of these ventilators with devices better able to provide intensive care ventilation for our patients," said on the five-page document sent to NBC News.

Chinese firm still has no opinion regarding the complaint

NBC News reached out to the officials of the Chinese firm Beijing Aeonmed Co. Ltd. in order to ask them regarding the complaints made by British doctors.

However, the international sales manager of the firm did not comment on the said issue but only said that they are not aware that there were complaints with their ventilators. 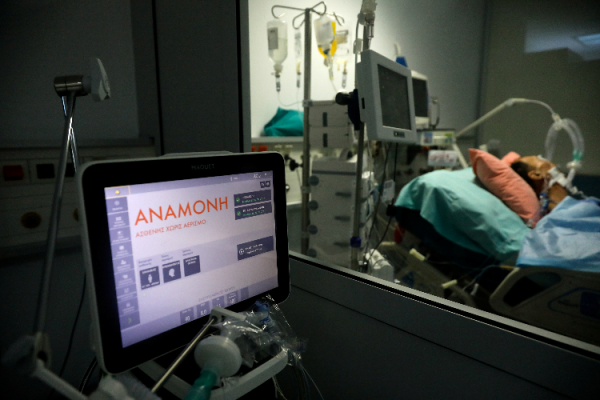 Since the U.K. has reported a lack of medical equipment like ventilators due to the increasing rate of Coronavirus cases in the country, China became one of the main producers of medical gears and devices like a ventilator.

On Apr. 4, British Cabinet ministers expressed their gratitude with China after it had delivered an additional 300 ventilators.

"I'd like to thank the Chinese government for their support in securing that capacity," Michael Gove, a senior member of Prime Minister Boris Johnson's government, said at a briefing that day.

As of now, it is still unidentified whether how many of the said ventilators were sold and distributed all over the U.K.