Disney+ The Mandalorian Gets a Documentary, Here's What You Need To Know About All Episodes

The surprise hit of Disney+ The Mandalorian gets its own documentary coming soon, all is well on "May The Fourth," and this is yet another thing to celebrate in all things Star Wars.

Read More: Star Wars May Fourth DLC Update For Jedi: Fallen Order is Out Now! Read This Before The Update!

There will be about eight episodes on a documentary on the creation of The Mandalorian, which will be released in Disney+. As always, you will need to subscribe to the popular streaming service to be able to witness it with the rest of the world.

The description of the show says: "Disney Gallery - Star Wars: The Mandalorian is an eight-episode documentary series that pulls back the curtain on The Mandalorian ... Each chapter explores a different facet of the first live-action Star Wars television series through interviews, behind-the-scenes footage, and round-table conversations hosted by Jon Favreau."

All the directors of the individual episodes will be featured, including but not limited to Taika Waititi (who directed Thor: Ragnarok and will be directing an upcoming Star Wars movie), Bryce Dallas Howard, and Deborah Chow.

Read More: Star Wars May Fourth Story: AI's From A Galaxy Far Far Away Have a Sad Existence 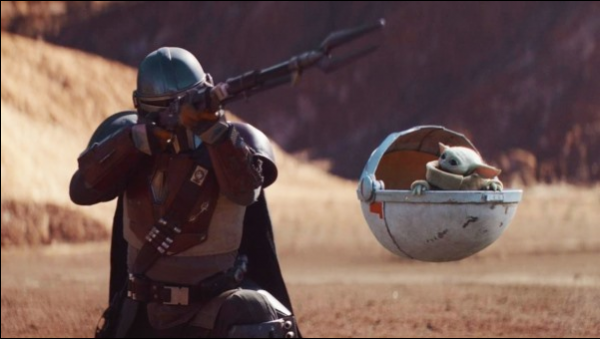 (Photo : Image Courtesy of The Mandalorian/Facebook)

An entire galaxy, all in one place. The complete Skywalker Saga, the first episode of Disney Gallery: The Mandalorian and all episodes of @StarWars: #TheCloneWars and #TheMandalorian are now streaming on #DisneyPlus. pic.twitter.com/h9ZJB5QnxD — Disney+ (@disneyplus) May 4, 2020

What Else You Need To Know

There will be four episodes so far, which you can view on Disney+, episode one, titled "Directing," focuses on the directors of the hit Star Wars series. For episode two, titled "Legacy," talks about George Lucas' influence over the making of the series.

Episode three, titled "Cast" as you guessed it, talks about just how the actors prepare for their roles and what they do on set and off the set, so prepare to meet Pedro Pascal and Gina Carano amongst them.

Lastly, episode four, which is titled "Technology," will focus on just how many various filmmaking technology was used during the production of the series.

As for the series itself, season two of The Mandalorian will be coming sometime this fall. Already, season three has been given the go signal as well, so expect more of that bounty hunter action and baby Yoda's cuteness in the years to come.

Read More: Star Wars: Battlefront 2 Fans and Content Creators Made Video Tributes to All DICE Devs Who Worked On The Game

ⓒ 2021 TECHTIMES.com All rights reserved. Do not reproduce without permission.
Tags: Star Wars The Mandalorian documentary May 4th May The Fourth
Most Popular