Comet Swan is Coming! Here's How to See Space Rock With Your Naked Eye

Brace yourselves as another heavenly frame will visit the Earth soon. Comets are magnificent to look at because of their beauty. It's like their tails sprinkle fairy dirt on the planet. Now, it's Comet Swan's chance to shine. 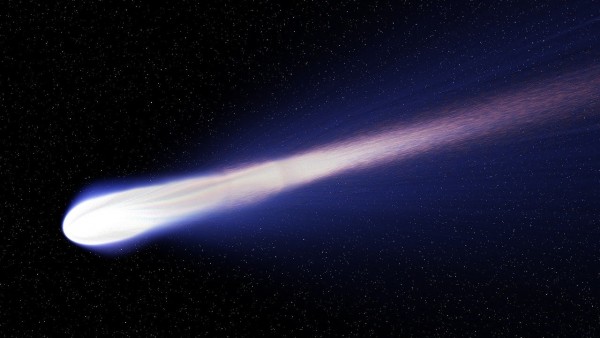 When talking about comets, the well-known Halley's Comet comes to everyone's mind. Comet Atlas seemed to be the talk of the town this year before it broke up. But as promising space snowball cracks up, Comet C/2020 F8 SWAN was discovered late March.

Comet Swan could now deliver its promise of providing a rare night sky show that Atlas failed to produce. Swan might be seen to those with exquisitely dark skies and sharp eyes.

They will have another shot at wishing when Comet Swan passes by the Earth. The comet, according to astronomers, will brighten in the coming days.

When and where to see Comet Swan

Comet Swan's bright light will pass by Earth in the coming days. Scientists are not sure how long the visit will last, though, that's why they tell comet watchers to mark their calendars on May 13 and May 27.

At the moment, Comet SWAN is predicted to reach a brightness of approximately magnitude 2.5 - that is as big as the fourth brightest star in the Southern Cross ƍ (Delta) Crucis.

However, the light is diffused, so it won't look that bright. The comet will seem like a new fuzzy blob on the eastern horizon with the naked eye.

Although the light could brighten, it is also getting closer to the horizon every day as it moves closer to the Sun. Hence, as a way to make it tougher to look inside the dawn twilight.

Juggling some of these factors, the best time to look the comet can be on Wednesday morning between 4:30 to 5:00 AM after the Moon has disappeared.

Astrophotographer and astronomer Dylan O'Donnell told Australian news site ABC.co.au the Supermoon would wash out the view of the comet. Hence, stargazers should be taking every opportunity they could while its darkest.

Why the excitement about Comet SWAN?

"Everyone is getting really excited because this is the biggest comet we've had in a long time, and it's particularly photogenic," O'Donnell said.

So how vibrant will Comet SWAN get? Jonti Horner, an astronomer at the University of Southern Queensland, says astrophysicists aren't absolutely sure, too.

"Comets are a bit like cats; you can try to predict what they're going to do, but they'll do their own thing anyway," Professor Horner says.

While the comet can be bright enough to see with your eyes as it passes by Earth, Comet SWAN remains still a bit dim at the moment unless you stay in a dark sky area.

Mr. O'Donnell, who has been observing comets from his backyard in Byron Bay, suggests taking photos if stargazers cannot see it with naked eyes.

"I haven't been able to see it with my naked eye, but my camera with its long exposures really reveals the whole thing," he says.

ALSO READ: The Universe Is Expanding Faster Than It Should, Scientists Say; Here's Why

ⓒ 2021 TECHTIMES.com All rights reserved. Do not reproduce without permission.
Tags: Comet Swan Comets
Most Popular