When it comes to deep-seas exploration submersibles, Triton submarines are arguably the biggest and most well-known company out there. They have built the extraordinary DSV Limiting Factor which is a deep-sea elevator capable of going to the bottom of the Mariana Trench several times a week just for extended visits. 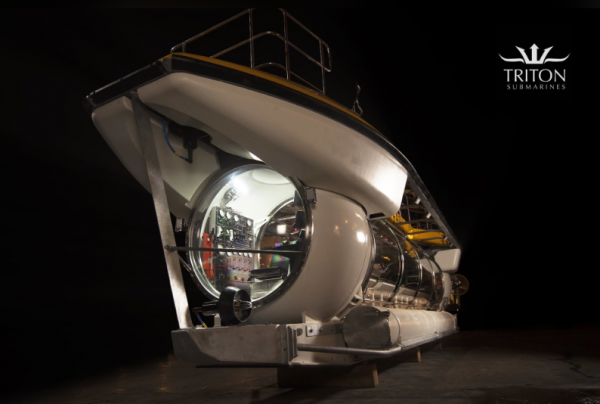 Read Also: Elon Musk and Grimes Just Welcomed Their Baby and Named Him After The A-12 Spy Plane; Here's What it Means

The company officially launched a tourist submarine that can accommodate 24 passengers, a pilot, and co-pilot and can dive up to 100 meters or 328 feet in an air-conditioned setup that will provide views of the aquatic world. This will be through a 5.5-inch thick acrylic window. And while other submarines restrict viewing, this new sub looks more like a massive transparent tube that is tall enough to stand in.

According to New Atlas, "The DeepView 24 is the first of a range of DeepView tourist submarines that can be specified in different lengths to accommodate between 12 and 66 passengers. Additional sections can be added six seats at a time; with the 24-seat version already 15.4 m (50.5 ft) in length and weighing 121,250 lb (55,000 kg), a 66-seater would certainly be a sight to behold and a pain in the butt to pull a u-turn in."

When compared to the Deepflight Dragon 2-seater which is operating like an upside-down underwater quadcopter, the new DeepView uses nearly a 4,000 lb or 1,800 kg of variable ballast in addition to its fixed main ballast to control the rise and fall which weighs in at 8,820 lb or 4,000 kg.

It's lead-acid battery that stores 140 kWh of energy is good for a full 14-hour underwater journey. The speed tops at 3 knots or 3.5 mph and when things get dark, ten 20,000 LEDs will light the depths of the ocean for better viewing.

It is designed and built for Vinpearl

"The cabin looks like it means business, with screens and radios and rows of serious-looking red switches, but at the end of the day, the pilot drives the thing with a joystick and touchscreen. There are manual overrides in case of malfunction, and the whole thing is certified to International Classification Standards by DNV-GL," New Atlas added.

The DeepView is designed to float on the surface where all 24 passengers can stand on a deck. The sub has a generous access hatch that is suitable for passengers who have reduced mobility.

This entire submarine was built for a luxury hotel and resort chain in Vietnam called Vinpearl that will eventually start making ticketed dives in December 2020. It will be set on Hon Tre island on Nha Trang.

"It's a 'quantum leap' forward from every other tourist sub built in the last 34 years--of which were have been less than 60--and competitively superior in all respects. To look at it, we don't doubt it. This looks like by far the comfiest and most immersive way to explore the sea floor that we've ever seen," Triton said.