Scientists have been trying to study female astronauts and the effects of spaceflight on their bodies. Do they react differently from their male counterparts? It turns out, they do. Recent research published in Aerospace Medicine and Human Performance has revealed that female astronauts are likely to be at risk of blood clots during space missions. 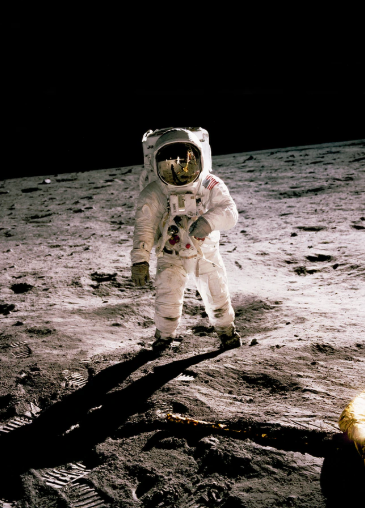 Read Also:  Twitter Prompts Users to Edit Their "Offensive" Tweets before Posting Them in Aim to Halt Online Bullying

The research examined risk factors in developing venous thromboembolism or blood cots in space. Researchers looked at at least 38 flights by women astronauts between the years 2000 and 2014. And they found that an oral contraceptive pill or COCP combined with spaceflight does not seem to increase the risk of VTE or venous thromboembolism.

Dr. Varsha Jain, lead author of the study from King's College London told Science Daily, "The first episode of an astronaut developing a blood clot in space was reported earlier this year. It is unknown how spaceflight impacts the risk of an astronaut developing a blood clot. This study aimed to look specifically at the potential blood clot developing risks for female astronauts during spaceflight. We wanted to understand if their use of the hormonal contraceptive pill for menstrual cycle control, increased that risk."

VTE is life-threatening especially in space

Developing VTE especially in space can be dangerous and life-threatening. The risk is further increased by the use of COCP. But as female astronauts become more healthy and fit, the risk still remains very low.

Science Daily also added that "The study, which is the first of its kind, proposes more blood tests be carried out during astronaut selection and during medical reviews. There are points during pre-mission training and during spaceflight, such as particular training activities, which may briefly increase the risk of developing a blood clot, and the authors recommend a review of these."

Scientists have given advice to the public saying that a more holistic approach should be taken when it comes to contraceptive agents in all professions.

Dr. Jain gave out a warning saying that "There may be possible time points in an astronaut's pre-mission training or during the space mission itself where blood clot risk may potentially be transiently increased. Due to the potentially life-threatening nature of blood clots, we would advise further targeted research in this area to further understand how an astronaut's risk of developing a blood clot is altered by spaceflight."

An associate professor at the International Space University and senior author of the study, Dr. Virgina Wotring also said that they need to continue studying female astronauts.

Understandably, most of the past biomedical research in space has been on male astronauts. However, since more and more women are applying to the program, that has changed. They now need to try and understand how the space mission environment impacts the physiology of the female body