Scientists believe they have a solution to why the North Magnetic Pole has been moving from Canada towards Siberia. 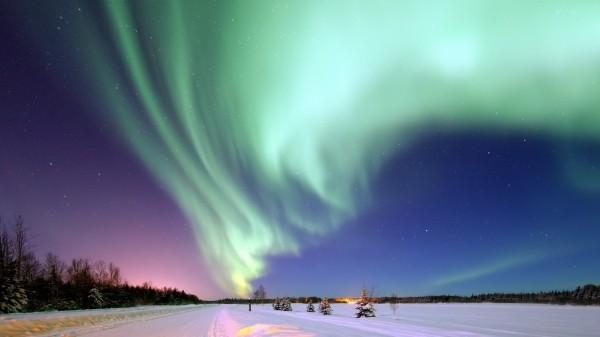 ALSO READ: Coronavirus Spreaders: Some People Believe Acquiring COVID-19 Will Give Them Immunity

The Magnetic North Pole (also called the North Dip Pole) is a part of Ellesmere Island in Northern Canada in which the northern lines of attraction input the Earth.

However, the magnetic pole suddenly started drifting rapidly faraway from North America in the direction of Siberia. The pole crossed the international date line in 2017 and forcing navigation structures to update earlier.

ALSO READ: Earth's Magnetic Poles May Flip, And The Effects Could Be Deadly

Scientists have not been sure why that is happening for years. But now, a research team from the University of Leeds came up with a solution for the mysterious shift.

The team explained that the North Magnetic Pole's position is controlled by two patches of the magnetic field. "They act as a tug of war effect controlling the location of the pole," Dr. Phil Livermore told BBC Radio 4's Today program.

He pointed out the war as the reason why the North Pole left its historic position over the Canadian Arctic and crossed over the International Date Line. Livermore added Northern Russia is also winning the 'tug of war.'

Researchers said there's also a timing issue. Livermore said the jet acceleration occurs in the 2000s, whereas the pole acceleration begins in the 1990s.

"Whether or not it will move back again in the future is anyone's guess," the Leeds scientist told BBC News.

A shift in molten movement

The changing strengths of the two patches have been explained by changes in the magnetic poles. Researchers argued there might be a reference to a westward-accelerating jet of molten material in the outer core. Now, they revised its assessment to align with a different go with the flow regime.

Livermore explained the jet is tied to northern latitudes, and the change in the flow in the outer core that's responsible for the difference in the position of the pole is actually further south.

Dr. Livermore and his colleagues attempted to track the North Magnetic Pole's course through satellites, which have measured the changing form of Earth's magnetic field over the last 20 years.

The team's latest model counseled the pole will maintain to move in the direction of Russia at 50-60 kilometers a year before it begins to slow. However, when it goes back to Canada remains unclear.

The Magnetic North Pole is one among Earth's three poles at the pinnacle of the planet, alongside the geographic pole and the geomagnetic pole.

Magnetic pole's movement has been so smooth that it convinced the US National Geophysical Data Centre and the British Geological Survey to update to the World Magnetic Model in 2019.

The model, which is an illustration of Earth's magnetic field throughout the globe, is used broadly in navigation structures and devices, inclusive of smartphones, to accurate for local compass errors.

The study by Livermore and his colleagues has been published in the journal Nature Geoscience.

ALSO READ: COVID-19 UPDATE: Italian Researchers Claim That They Have the Vaccine that Can Kill the Coronavirus