Hulu, one of the famous streaming sites worldwide, is now faced with a class-action lawsuit. Its users accused the streaming site of slowing down its PC streaming to force users to switch to the Hulu app. Apparently, the Hulu app allegedly collects personal info data from its users and sell them to third-party companies.

Amid pandemic, one of the most common hobbies that people do to tolerate stay-at-home orders, is to watch movies and TV series from streaming sites.

However, not all streamers were happy with one particular streaming site available today, which is Hulu. This Disney's business partner streaming platform is facing a current class-action lawsuit, filed in Los Angeles Superior Court, on Apr. 16 by several Hulu customers.

As first reported via Variety, the filed suit claims that Hulu is intentionally slowing down PC streaming to force users to switch to the Hulu app. Allegedly, the app steals information from the users and sell them to third-party companies for monetization.

"Defendants throttle streaming quality to consumers to force their customers to access Hulu using through proprietary Hulu application rather than web browsers," the lawsuit alleges."Defendants use their applications to collect personal information such as location data, email addresses, and device serial numbers. This information is subsequently monetized and resold to advertisers, social networking sites, business partners, and third-party companies."

The complainants also want Hulu to be penalized for 'false advertising and fraud' since they claim on their website that high-quality streams are made available to "all your favorite devices." Contrary to what they offer for PC subscriptions.

"Defendants prefer that users use the Hulu applications because, compared to computer browsers, applications provide more direct access to consumers' personal data during online and offline use," the suit alleges. 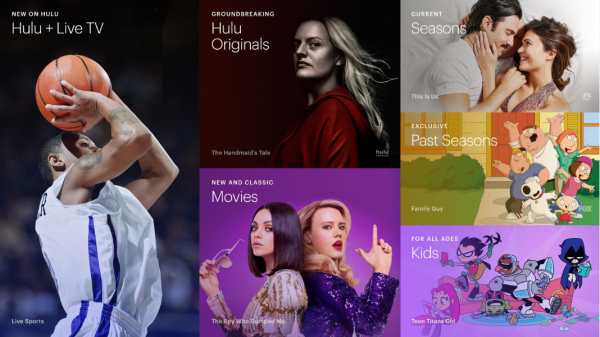 This was not the only time when Hulu was accused of slowing down PC streamers. In August 2019, a Redditor posted a complaint on social media asking about the low-quality video experienced commonly for web users.

Hulu representative offered to help and said that the high-definition streaming was still under repair-- asking for the customer to switch to another device to watch shows on the streaming site.

"OK so I did some research right now, and it seems due to a recent deployment released to Hulu.com, HD Quality (720p) has been temporarily disabled," the Hulu represented wrote. "All content will be streamed at Standard Definition (480p) quality for the time being."

As said, the filed suit was already an addition to subclasses in California and New York, representing all Hulu subscribers nationwide.

As of now, Hulu has not yet commented on the issue.