A man was sentenced to death in Singapore through Zoom video call for his role in a drug deal. The city state's first case, where capital punishment was delivered remotely. 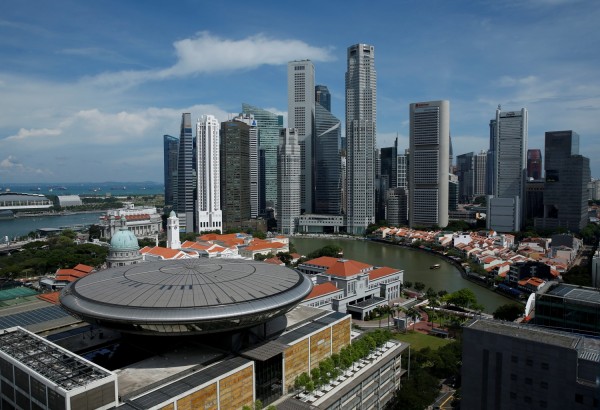 (Photo : REUTERS/Edgar Su/File Photo)
FILE PHOTO: A view of the Supreme Court building against the backdrop of the skyline of Singapore's central business district May 27, 2016.

According to Straits Times, a Malaysian man, Punithan Genasan, has been found guilty of being complicit in drug trafficking. His attorney said he was considering an appeal.

Back in 2011, Genasan facilitated the sale of 28.5 kilograms of heroin before leaving the country for Malaysia, which has a zero-tolerance policy for illicit drug use. Officials deported Genasan in 2016, found guilty, and sentenced to death last Friday via a Zoom call between officials from the High Court, the man, and his legal team.

"For the safety of all involved in the proceedings, the hearing for Public Prosecutor v Punithan A/L Genasan was conducted by video-conferencing," a spokesperson for Singapore's Supreme Court said to Reuters.

While rights groups criticized Zoom's use in capital cases, Genasan's attorney did not object to the use of video conferencing for Friday's call to receive the judge's verdict. No other legal arguments were put forward.

California-based tech company Zoom did not immediately respond to a request for comment made via its Singapore representatives. The public prosecutor, the Chambers of the Attorney General, referred questions to the Supreme Court.

Singapore has a zero-tolerance policy on illicit drugs. It has hanged hundreds of people - including thousands of foreigners - over the past decades for narcotics offenses, The Guardian reported.

"Singapore's use of the death penalty is inherently cruel and inhumane, and the use of remote technology like Zoom to sentence a man to death makes it even more so," Phil Robertson, deputy director of Human Rights Watch's Asia division told The Guardian.

Amnesty International's death penalty advisor Chiara Sangiorgio said: "Whether via Zoom or in person, a death sentence is always cruel and inhumane."

She added the said case is another reminder that Singapore "continues to defy international law and standards by imposing the death penalty for drug trafficking."

Most Singapore court trials were adjourned during a lockout phase that started in early April and is expected to last until June 1. However, cases considered necessary were heard remotely.

The use of Zoom has skyrocketed since most of the western world was put on coronavirus lockdown in late February through March. This has led to questions about what the software is, and is not fit for handling business. Companies like Google and SpaceX - including the Indian Government - have banned employees from using Zoom out of security concerns. New York school districts and teachers all over Singapore were also prohibited from using the app.

Particular problems involve an automated attention-tracking feature to upticks in "Zoombombing," in which uninvited guests break in and disrupt meetings, frequently with hate-filled or obscene content.