Nintendo's Legendary Power Glove was hacked by Sam Battle aka "Look Mum No Computer" for his synth setup. On his YouTube channel, he showed that his innovation can adjust electronic tunes by just moving his fingers.

Also Read: Pokemon GO Guide: How to Get Cresselia with Sinnoh Throwback Challenge 2020 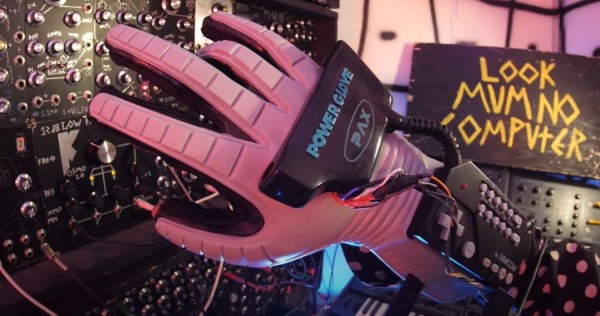 The Power Glove is a virtual reality glove specifically designed to be used as a motion-activated controller integrated with the Nintendo Entertainment System. Its features allow users to control the onscreen action of the game by just tilting their wrists and wiggling their fingers. The Power Glove was featured in the 1989 kid film "The Wizard" showcasing the features of the gaming equipment.

Also Read: Microsoft Solitaire Celebrates 30 Years of Existence With Over 35 Million Players, and 100 Million Hands Played to This Day

According to the Lemelson Center for Study of Invention and Innovation, Mattel produced the Power Glove in the US where several Nintendo games were specifically designed for the gaming equipment. However, Nintendo wasn't able to execute the idea of the technology properly.

The gaming equipment worked by using electronic transmitters on the glove that need to be calibrated by three chunky receivers--one on the side of the TV and two on the top. Once the Power Glove is properly calibrated, the users will be manipulating the on-screen character of the game using a combination of traditional video game control buttons and finger gestures.

According to Engadget's latest report, "Look Mum No Computer" aka Sam Battle, hacked an NES Power Glove into a gesture controller, allowing him to adjust the filter cutoff, pulse width, pitch, and volume of his modular synth setup by just bending his fingers.

Sam Battle also created an animatronic hand with a feature that allows his synth setup to transfer data that will control the Power Glove, which will also control the modular synth setup. It will be a unique feedback back loop process that many haven't seen before in this application.

Although Sam Battle provided a teaser for a possible follow-up of the technology, it is still not guaranteed that the project will progress. He posted a video sharing details on how to create the animatronic glove, and also a circuit diagram that explains how the technology works so that other users can build their own animatronic glove using Nintendo's Power Glove.