Clouds are a Rocket Launch's Worst Nightmare; Why the Historic SpaceX and NASA Flight was Delayed

The National Aeronautics and Space Administration (NASA) and SpaceX were recently forced to delay their first-ever astronaut launch which was supposed to make history on Wednesday, May 27, because of unfavorable weather conditions. Demo-2 was initially set to launch two astronauts in a commercial spacecraft which would resurrect the United States' capability of launching their own astronauts and begin a new era of commercial space exploration. 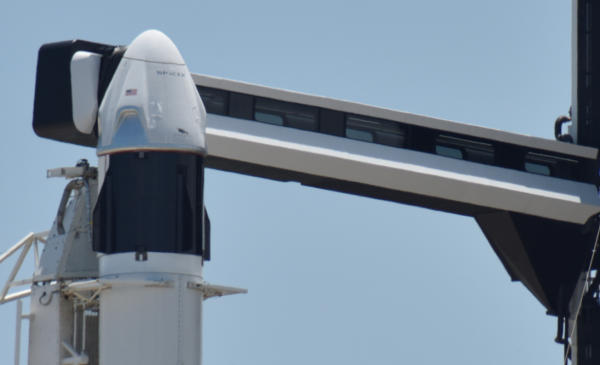 Read Also: What Does the Narwhal Say? Researchers Finally Know Now by Recording Them with Underwater Microphones

SpaceX built and designed its Crew Dragon spacecraft with the help of NASA's funding to fly astronauts to and from the International Space Station (ISS). It's now currently sitting on top of SpaceX's Falcon 9 Rocket in Florida with the new launch rescheduled for Saturday, May 30 at 3:22 p.m. ET.

Mission commanders canceled the schedule for liftoff just 17 minutes before the launch due to storm clouds creating unsafe weather conditions for the two astronauts and the rocket.

According to Business Insider, Jason Fontenot, from the 45th Weather Squadron in charge of overseeing forecasts said, "You have the bubbling clouds out there - those big white puffy clouds that look like big cotton balls - those are cumulus clouds. Those provide the biggest threats when it comes to launching rockets. So if we launched near that cloud, we could potentially induce or trigger a lightning strike from that cloud."

This is all due to the cloud's bubbliness which comes from the vertical development that creates an electric charge inside the clouds.

Read Also: Asteroid That Wiped Out the Dinosaurs Hit the Earth at the Worst Angle Possible For All Living Creatures, Scientists Say

This also happened to the Apollo 12 Mission back in 1969

Astronauts from the 1969 Apollo 13 mission felt lightning strike from inside the rocket and it automatically disabled nine nonessential instrument sensors. Out of the top 10 lightning-related weather conditions that could halt rocket launches, the presence of cumulus clouds is very common.

"We had those hard requirements that when something hits, there's nothing we can do about it. So yes, it was kind of disappointing, but I'd much rather launch during better weather, and hopefully, we'll get a chance on Saturday," Fontenot said.

The 45th Weather Squadron has projected a 50% chance of safe conditions on the next launch attempt. However, one of the main concerns this time will be rain, puffy cumulus clouds, and thunderstorms. If the weather doesnt delay or "scrub" the second launch attempt, the Falcon 9 will launch to the ISS and will stay there for at least 100 days before coming back to earth.

"Scrubs are part of conducting spaceflight safely and successfully. During my last mission to [the space station], the weather caught us too. We're ready for the next launch opportunity!" Astronaut Behnken said on a tweet.