An asteroid will be flying near the Earth this weekend. However, while it may be bigger than the Empire State Building, it will be more than 5 million kilometers away from the planet. 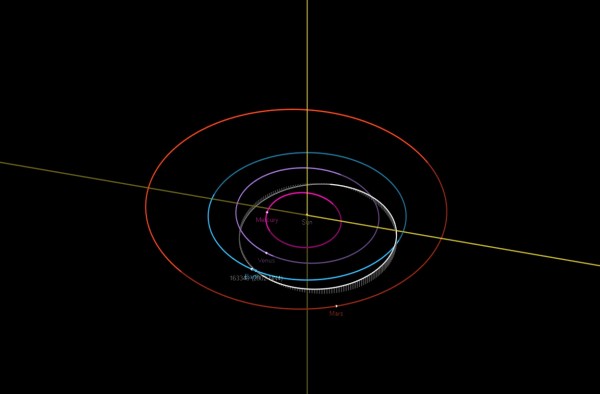 (Photo : JPL Small-Body Database Browser)
This orbit viewer was implemented using two-body methods, and hence should not be used for determining accurate long-term trajectories (over several years or decades) or planetary encounter circumstances.

SpaceReference.org reported that 163348 (2002 NN4) is a "very small" asteroid that NASA has classified as "Potentially Hazardous" due to its predicated close pass with Earth. It measures between 0.254 to 0.568 kilometers in diameter, making it larger than the Empire State Building in New York, which is 0.4432 kilometers in height.

Although it is considered small, the asteroid is still larger than the 90% of other ones. The 2002 NN4 is categorized as an Aten-class Asteroid. It is classified as both Near-Earth Asteroid (NEA) and Potentially Hazardous Asteroid (PHA).

"163348 (2002 NN4) is a very small asteroid whose orbit could bring it in close proximity to Earth," the SpaceReference.org report said. The 2002 NN4 was classified as a "Potentially Hazardous Asteroid" by NASA JPL due to its forecasted close passes to the Earth.

Meanwhile, the 2002 NN4 asteroid is probably between 0.254 to 0.568 kilometers in diameter, based on its brightness and the way it reflects light. In absolute terms, it is bigger than 90% of asteroids, which are about the size of a football field.

Scientists are predicting many "close approaches" of asteroids with Earth in the future. While there are around 30 forecasts at the moment, 2002 NN4 will only be back after nine years.

SpaceReference.org also added that the asteroid's orbit is about 0.01 AU from Earth's orbit, which is at its closest point. "This means that its orbit is relatively close to Earth's orbit," the website stated. 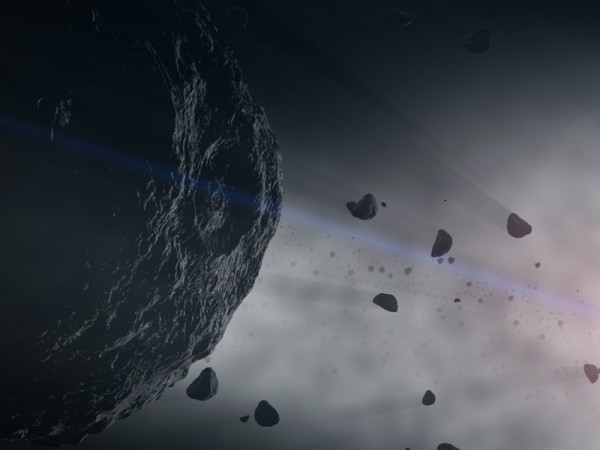 "It (2020 HS7) poses no threat to our planet, and even if it were on a collision path with Earth it is small enough that it would be disintegrated by our Earth's atmosphere," said Johnson.

The European Space Agency reported that 2020 HS7 passed by 26,550 miles or 42,735 kilometers away from the center of the Earth and just 750 miles (1,200 kilometers) from the nearest satellite in geostationary orbit passed. The asteroid even passed under the satellite, which remained intact.

The 1998 OR2 asteroid looked like it was wearing a face mask in a radar view image captured by the Arecibo Observatory in Puerto Rico, which tracked the asteroid's movement.

Scientists say 1998 OR2 will visit the Earth again, based on the asteroid's orbital paths though radar observations. "In 2079, asteroid 1998 OR2 will pass Earth about 3.5 times closer than it will this year," said Flaviane Venditti, an Arecibo Observatory research scientist.