Amid the ongoing protests across the US after the death of George Floyd in the hands of several Minneapolis police officers, several gaming companies have shown their support for the Black Lives Matter movement by donating to bail funds or, as with the case of Epic Games, canceling events. 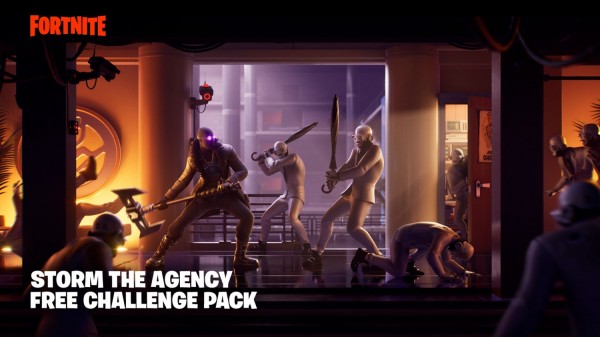 (Photo : Fortnite/Facebook)
Epic Games has announced the delay of the Fortnite Doomsday event yet again.

In a report by The Verge, the developer behind the infamous battle royale title, Fortnite, has canceled its end-of-the-season event yet again.

"We're acutely aware of the pain our friends, families, team members, players, and communities are experiencing," the company wrote in a blog post. "We believe in equality and justice, diversity and inclusion, and that these fundamentals are above politics. The team is eager to move Fortnite forward, but we need to balance the Season 3 launch with time for the team to focus on themselves, their families, and their communities."

The event, entitled "The Device," will start on June 15, with season 3 of Fortnite finally happening on June 17.

This is the third time Epic Games has decided to delay the highly-anticipated Doomsday event, which was initially supposed to happen by the end of April this year. However, due to unknown reasons, the company announced they'd be moving it to the end of May, and season 3 was supposed to happen today, June 4.

Nevertheless, the company announced for the second time that they would be delaying the event and season 3 for another week. Many believe the past delays were due to the work-from-home setup caused by the coronavirus pandemic.

Several other tech and gaming companies have decided to cancel their events amid the ongoing protests, including Google, which was supposed to unveil the new features of Android 11 today.

Meanwhile, some of the protests happening in different parts of the United States have gone awry as groups have started looting and destroying businesses. Among the stores that were broken into was a Nintendo store located in New York City.

According to reports, a now-viral post on Twitter claimed that looters were able to steal a large Donkey Kong statue found in the store.

However, it turns out that the images posted along with the tweet might have been Photoshopped as the massive statue of the infamous fictional game character was definitely not stolen.

"There was no theft of a Donkey Kong statue from Nintendo NY store," a spokesperson for Nintendo of America confirmed.

In addition, stealing the massive statue is impossible since it's no longer standing in its original place where the images were taken as the store replaced Donkey Kong with another popular Nintendo character: Bowser.

Nevertheless, the company did not confirm whether it was still in the store or if they stored it somewhere else.

As of March 16, the Nintendo store in New York City has been closed due to the threats of COVID-19.