FaZe Barker Fired From The Organization Due To A Grave Misconduct; Alleged Victim Speaks Up

Tom Barker, also known as FaZe Barker from organization FaZe Clan, was recently fired from the organization after being accused of sexual misconduct, Newsweek reported.

Barker was considered one of FaZe Clan's longest-serving employees but hadn't for this misconduct wherein he allegedly made inappropriate advances to various girls, some of them aged 16, and he wouldn't have been removed from the team.

He was the lead video editor. In the report, he was accused of sharing unsolicited nude pictures and clips, while also attempting to solicit these types of images. He was also misbehaving and threatening his colleagues with self-harm. Evidence revealed the misconduct. 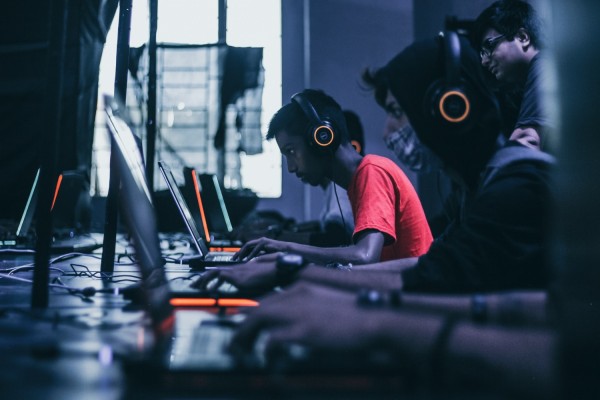 (Photo : Fredrick Tendong / Unsplash)
There is no way Tom Barker is getting back, according to FaZe Clan administrators.

FaZe Clan issued a statement regarding this decision. They said, "We have ended our relationship with Barker, one of our former team editors. He no longer has any association with FaZe Clan."

Some testimonies attest to the fact he committed the wrongdoing, with evidence escalating until recently. They stated that FaZe Barker preyed on young women, as he would send them unsolicited nude photos with requests for these girls also to send these photos or even call him. Many times he would be rejected, and once this happened, he would commit self-harm. Allegedly, he would send photos of a cut arm, saying the razor is coming out to play.

Barker is now 25 years old, the reports revealed. As of press time, this lead video editor has not responded to the allegations. However, on June 5, he expressed his emotions, saying people around him he "thought were friends" were actually "snakes."

His hard work with FaZe Clan was not minor. He has been with them since their Call of Duty sniper montage clips moments, a time when FaZe Clan built their reputation in the industry of gaming and esports. Barker also had his very own YouTube channel, with over 150,000 subscribers. He usually posts videos of various games.

In other news, Nordan "Rain" Shat has also been removed from their respective team, after accusing the organization of treating him "unfairly."

One of the biggest accusations, adding more evidence to his demise at work, was from Cassie. She told Newsweek how Barker requested for her "explicit" images when she was only 16 years old.

It was in July 2019 when she started communicating with Barker after a netizen tagged him in one of her tweets. They had a few conversations over the phone.

"We talked about a lot of things, not many inappropriate things, just strange things he played off as jokes," Cassie shared. "He asked for nude photos twice."

Cassie was one of the many girls who decided to speak their hearts out.

"I decided to come forward because it was finally being recognized, and I felt it wouldn't be swept under the rug again," Cassie added.