A new study has found the emergence of amino acids, which serve as the building blocks of proteins and life, on impact sites of ancient asteroids in the ocean, demonstrating the role of meteorites in the creation of life here on Earth and potentially in Mars. 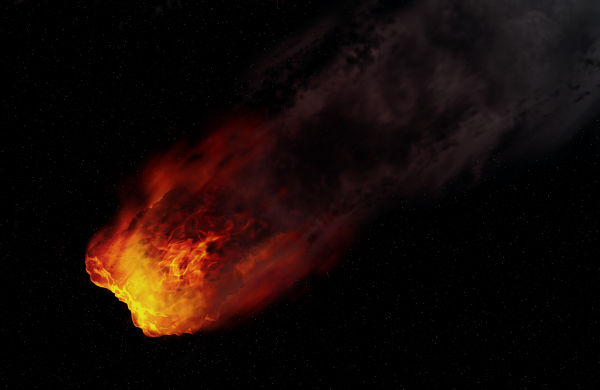 (Photo : Alexander Antropov from Pixabay)
A research from Japan suggests that life's building molecules might have come from ancient asteroids.

The Foundation of Life Came From Meteorites?

In a report by Knowridge Science Report, a group of researchers from the Tohoku University, Osaka University, National Institute for Materials Science (NIMS), and the Center for High-Pressure Science & Technology Advanced Research (HPSTAR) came to their conclusion by simulating the reactions that occur when a meteorite crashes into the ocean.

In order to do this, the team investigated the reactions between water, carbon dioxide, nitrogen, and iron in a laboratory impact facility with the help of a single-stage propellant gun.

They used both nitrogen and carbon dioxide in the experiment as the sources as these gases are believed to be the two significant components of the atmosphere that existed on the Hadean Earth more than four billion years ago.

"Making organic molecules form reduced compounds like methane and ammonia are not difficult, but they are regarded as minor components in the atmosphere at that time," said Yoshihiro Furukawa, the lead author from Tohoku University.

Through the simulation, the scientists were able to discover the formation of amino acids like alanine and glycine, which are the direct constituents of proteins that catalyze into many different biological reactions.

"The finding of amino acid formation from carbon dioxide and molecular nitrogen demonstrates the importance of making life's building blocks from these ubiquitous compounds," the researcher further said.

Another exciting thing about the study is that it supports the theory that life's building molecules came from space through extraterrestrial delivery, including meteorites.

In a way, it could mean the possibility that life as we know it came from space rather than endogenous formation.

Did the Same Reactions Happen in Ancient Mars?

Nevertheless, another interesting theory came with the study: the same building blocks of life might have potentially existed in a much younger Mars when it had an ocean, as carbon dioxide and nitrogen would have been likely the main constituents of gases in its atmosphere then.

The theory that Mars once had water is widely accepted by different scientists and astronomers, with research from the National Aeronautics and Space Administration (NASA) backing up the claims.

Their research even suggested that Mars had more water than Earth's Arctic ocean.

With that, could meteorites that crash-landed on an ancient Martian ocean have brought the same building blocks of life that appeared here on Earth?

If Furukawa is to be asked, he believes "further investigation" will be required to reveal the role of meteorites that impacted our planet and possibly of Mars billions of years ago and how it was able to bring complex biomolecules here and on the Red Planet.

The results of Furukawa and his team's research is available on their paper that has been published in Nature journal, Scientific Reports.

Read Also: Ships Have Been Sailing in Circles and Some Believe it Could be Due to the Earth's Pole Reversal