CrossFit CEO Resigns After Insensitive George Floyd Tweet; Drones Deployed Amid Protests, But Not For Spying?

CrossFit's chief executive officer is resigning after his post on social media platform Twitter about George Floyd that sparked the anger of the people on the internet, and several gyms and companies, including Reebok, have severed ties with them. 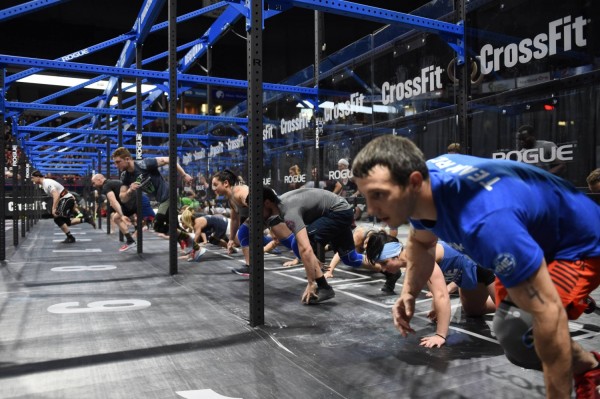 According to a report by ABC News, Greg Glassman, CrossFit's CEO, has issued a statement through the company's website this Tuesday, June 9, saying that he is stepping down from his position.

Glassman has already apologized for his insensitive tweet, which sparked a massive online backlash, admitting that he did make a mistake and that he should have been more sensitive.

Nevertheless, he remained adamant that he was racist.

"On Saturday, I created a rift in the CrossFit community and unintentionally hurt many of its members," the statement said. "I cannot let my behavior stand in the way of HQ's or affiliates' missions."

The tweet in question was a reply to the Institute for Health Metrics and Evaluation's tweet, which includes a photo that says, "Racism is a public health issue."

Glassman replied, saying, "It's FLOYD-19," and proceeded to send another reply and criticizing the group for their "failed" quarantine model.

Your failed model quarantined us and now you're going to model a solution to racism? George Floyd's brutal murder sparked riots nationally. Quarantine alone is "accompanied in every age and under all political regimes by an undercurrent of suspicion, distrust, and riots." Thanks! — Greg Glassman (@CrossFitCEO) June 7, 2020

Due to the incident, companies working with CrossFit have severed ties with them, including around 1,250 gyms and well-known footwear and apparel brand, Reebok.

Read Also: Looter From BLM and George Floyd Protests Bragged About Theft on Facebook While Offering Stolen Goods for Sale

Drones Have Been Deployed Amid Protests 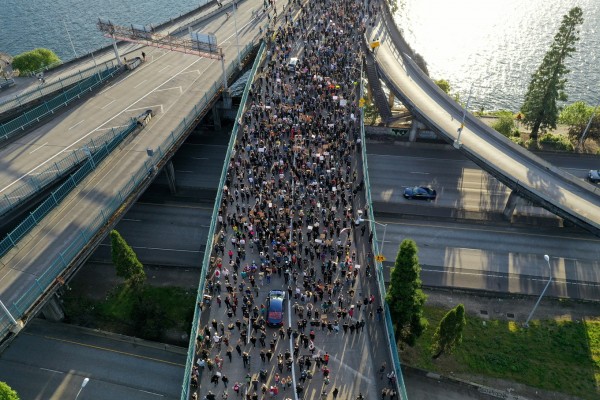 (Photo : TERRAY SYLVESTER/REUTERS)
Acting CBP Commissioner said the drones are not to spy on protesters.

In other news, the protests across the United States continues and has spread worldwide, showing support for the Black Lives Matter movement and anti-racism after the death of Floyd, a black man who died after a Minneapolis cop kneeled on his neck for more than eight minutes.

Although most of the protests were peaceful, several cities in some states experienced burnings and lootings, including in Minneapolis, wherein the protests first happened.

The violence could be why the acting U.S. Customs and Border Protection commissioner deployed CBP drones to monitor the ongoing protests from the sky, where it can track what's happening in the broader radius.

Acting CBP Commissioner Says It's Not to Spy on Protesters

Nevertheless, acting CBP Commissioner Mark Morgan told ABC News that the drones are not being used to spy on the protesters.

"What I would categorize that as just a false narrative," Morgan said. "We were not providing any resources to surveil lawful, peaceful protesters. That's not what we were doing."

The acting commissioner further explained that they are helping dozens of cities across the country to help both the state and its locals to ensure that their towns and cities are safe and peaceful amid the ongoing protests.

In addition, Morgan said that they were able to help track down the driver of a vehicle that allegedly ran over a law enforcement group in Buffalo, New York, through the drones.

The commissioner remained firm in saying that they are not taking any information on law-abiding protesters, but they are there to guarantee that that law and order is enforced and remains.

Morgan said that the assistance they are doing now is "no different" from the support they have offered throughout the agency's history.