An article from The New York Times gave rise to wild reactions on social media about the apparent resentment of the "Paw Patrol" Nickelodeon cartoon show amid Black Lives Matter protests. 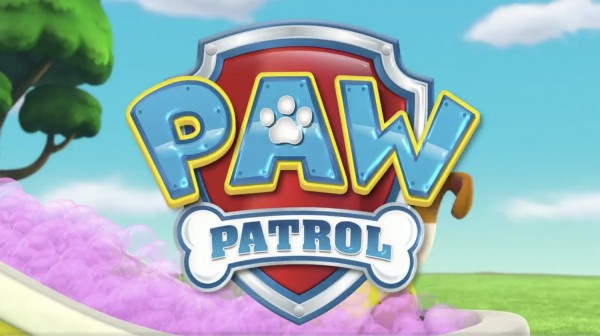 A New York Times journalist, Amanda Hess, wrote a piece for Paw Patrol on Wednesday, June 10, titled The Protests Come. She wrote about her thoughts about the criticism that people have had about the cartoon of famous children.

What Was The Criticism All About?

The criticism tended to concentrate on the cartoon's main character, a German Shepherd police dog called Chase. Internet reviews of the series and even others called the shows propaganda that showed off police officers as "good guys" in a positive way.

The demonstrators who were coming for Paw Patrol were unavoidable, according to The New York Times' Hess. She said the series had presented its main character Chase as one of the best dogs around.

Chase barks things such as "All in a police pup's day!" and "Chase is on the case!" while riding around saving kittens in his high-tech police car.

A couple of days ago, the Paw Patrol Twitter account tweeted that they mutated in solidarity for the Black Lives Matter movement. The tweet conveyed that they wanted to hear the voices of black people, and they deserved amplification.

In solidarity of #amplifymelanatedvoices we will be muting our content until June 7th to give access for Black voices to be heard so we can continue to listen and further our learning. #amplifyblackvoices pic.twitter.com/NO2KeQjpHM — PAW Patrol (@pawpatrol) June 2, 2020

ALSO READ: Couple Who Got Married After Joining Black Lives Matter Protest Said They Planned for A Quiet Ceremony Until Their Wedding Went Viral

Both dogs go to heaven when they die, both but the 'class traitors' in the Paw Squad, according to some Twitter users. One user questioned how much bail funds will be donated to the Paw Patrol.

The critic Hess said the demonstrations against police brutality and racial discrimination were going on long enough that the protestors started to speak out against fictional police officers.

As Hess herself suggested, she called the cartoon her pet peeve and tweeted that she didn't want a child to live in a world where they could watch Paw Patrol.

It's not clear if the tweet was sarcastic or not. But one thing is for sure. Social media was shocked at any outcry about Paw Patrol at all.

The Hill's Joe Concha "gave up," hinting a reference to Spaceball 's classic 1987 film. "I give up. Game over, man. Game over. Last one out turn out the lights. We've gone to plaid," he said.

Dana Loesch, the conservative radio host, warned that Paw Patrol had the raging mob coming for the cartoon.

Steve Krakauer, a media critic with Fourth Watch, tweeted a sentence, "Chase is on the case in 'Paw Patrol.' but as protests against racist police violence reach their third week, criticism of fictional cops is growing, too." For him, it is hard to believe this sentence came from a New York Times article.

"Chase is on the case in 'Paw Patrol,' but as protests against racist police violence reach their third week, criticism of fictional cops is growing, too."