Amazon founder and CEO Jeff Bezos shared a profanity-laced email he received on Sunday, June 7, from an angry client to Instagram amid the Black Lives Matter campaign. 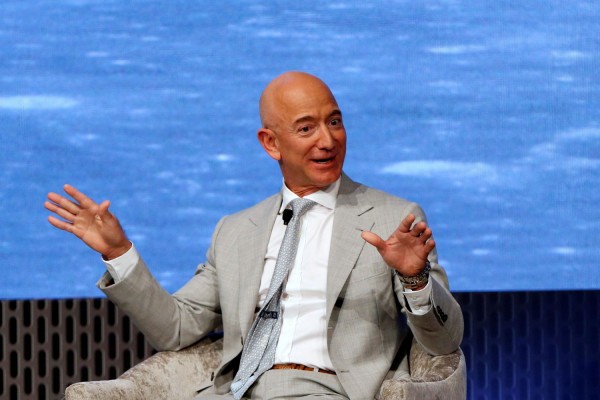 The online retail giant's founder and CEO yesterday posted a screenshot of an expletive-filled email from the man. The statement featured some ethnic remarks and fumed over reports of Amazon standing in solidarity with the anti-racism campaign.

The email, sent by a man named Dave to Bezos, criticized the billionaire for joining the Black Lives Matter campaign.

Dave was upset because Amazon pledged support for Black Lives Matter after George Floyd was killed in Minneapolis on May 25. The death became the catalyst for global anti-racism protests - including the United States.

"You obviously are not an idiot or you wouldn't have the financial success that you have had," Dave, whose last name was redacted by Bezos, wrote.

"I was placing an order with your company when I discovered your statement of support for Black Lives Matter," Dave continued. "I canceled my order and I know for a fact I won't be the only one."

Bezos uploaded the email - which he screenshotted - to Instagram.

View this post on Instagram
There have been a number of sickening but not surprising responses in my inbox since my last post. This sort of hate shouldn’t be allowed to hide in the shadows. It’s important to make it visible. This is just one example of the problem. And, Dave, you’re the kind of customer I’m happy to lose. A post shared by  Jeff Bezos (@jeffbezos) on Jun 7, 2020 at 3:50pm PDT

Bezos, the world's richest man with a total net worth more than $149 billion, didn't seem to worry about Dave's lack of business support in the end and where the posters came from.

In response to Dave announcing his Amazon order to be canceled, Bezos wrote that he was "the kind of customer I'm happy to lose."

Not the first time to call out the attention

This is not the first time Bezos posts an email conversation he's had on Instagram with an upset customer. Bezos posted an email last week that he got from a customer who was angry that a "Black Lives Matter" banner appearing across Amazon's front page.

The email sent to Bezos, with the subject line "All Lives Matter," called Amazon's "disturbing" stance on the movement.

Bezos posted his response to the email on his Instagram account. He said he had to disagree with the sender. "'Black lives matter' doesn't mean other lives don't matter," Bezos said.

The Amazon CEO underscored that the situation is not something he worries about. He expressed his support in this movement that everyone sees happening all around us. Bezos added his stance "won't change."

The company said in a statement on June 3 that the inequitable and brutal treatment of Black and African Americans is "unacceptable."

"We stand in solidarity with our Black employees, customers, and partners, and are committed to helping build a country and a world where everyone can live with dignity and free from fear," Amazon wrote.

Bezos and other Amazon executives have also been vocal in supporting the Black Lives Matter movement in the wake of George Floyd's death.