Amid calls for an antitrust investigation on App Store policies, Microsoft President Brad Smith criticized the iPhone maker's 30% cut that app stores take from developers in an interview by Politico. He said the policy gives a higher burden on fair competition than Microsoft's antitrust case in the early 2000s.

Although Smith did not mention Apple in his comments, it added to a growing backlash against the company's system that some companies call Apple Tax. Apple's taking advantage of its position as the sole gatekeeper of what apps can be installed on its iOS devices like iPhones and iPads worldwide. 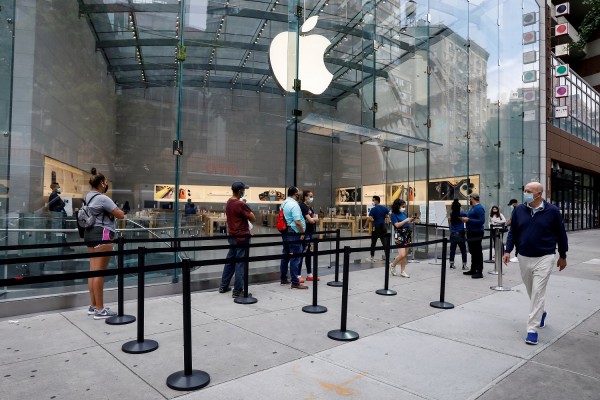 Some developers and IT companies have complained against Apple's restrictions on its app stores where developers must offer users the option of paying through the company's in-app payment systems. This would automatically give Apple a 30% cut of the revenue.

While "reader" apps like Netflix and Kindle may offer access to digital content bought on other platforms, Apple still imposes strict limits on these companies not to advise users about other payment methods.

Apple said these rules are required to protect users from fraud and scams. However, the European Commission has launched an investigation about the company's seemingly anti-competitive actions.

"It appears that Apple obtained a 'gatekeeper' role when it comes to the distribution of apps and content to users of Apple's popular devices," Competition Commissioner Margrethe Vestager said on June 16. She added that they need to guarantee "Apple's rules do not distort competition."

The investigation was driven by complaints from Spotify and by an unnamed "e-book/audiobook distributor," which is believed to be Rakuten, a Japanese conglomerate. Apple dismissed the complaints as "baseless."

A day after Apple rejected the email provider Hey, more complaints surfaced. The email service annual subscription that costs $99 was launched on the App Store without any in-app purchases as users are required to sign up via its website.

Apple then announced the app will not have any update on iOS, just a week after its launch. The tech giant then mentioned it was a mistake to have published the app to begin with.

Basecamp, Hey's developer has been developing software for 20 years. They spent two years and millions of dollars to develop a new email service. "We thought we knew all the written and unwritten rules," said Basecamp's co-founder David Heinemeier Hansson.

He added he was shocked the app would "face this sort of retaliation - or perhaps just be a victim of their capricious policies . . . If they kick you out of the App Store, it's like you don't exist," Hansson said.

The Basecamp founder believes those unwritten rules were quietly changed just earlier this year, so older apps that have similar payment models, such as FastMail, are still in the store.

Developers to be hit

Stratechery's analyst Ben Thompson said the change appears to hit about 30 developers in the past few months, most of which had similar business models as Hey's. Thompson wrote in his analysis these apps show "subscribe on the web" without a link on where to sign in. Thomson said many of these apps "had been in the App Store for years, but now Apple says they have to add in-app purchases."

Meanwhile, Hansson shared Apple's letter to his company. In the letter, Apple mentioned Basecamp's numerous apps uploaded in the App Store throughout the years. While millions of these apps were distributed to iOS users, none of them have "contributed any revenue to the App Store over the last eight years."

Apple is expected to announce any changes that it will make to its operating systems over the next year on Monday, June 22. However, developers hoping to avoid paying the Apple tax may have to wait longer.

Also Read: Apple to Close Down Reopened Apple Stores Due to Rise in Coronavirus Cases