'The Simpsons' No Longer Will Let White Voice Actors Play Black Characters, Did Anybody Predict That Happening?

There are big changes to the production of popular animated series The Simpsons, and they might have predicted this happening too. The show will no longer allow white actors voice non-white characters, the production team announced Friday.

In a report on CNET, the long-running animated series issued a statement via email, "Moving forward, The Simpsons will no longer have white actors voice nonwhite characters."

Could this be The Simpsons' support for the Black Lives Matter movement? 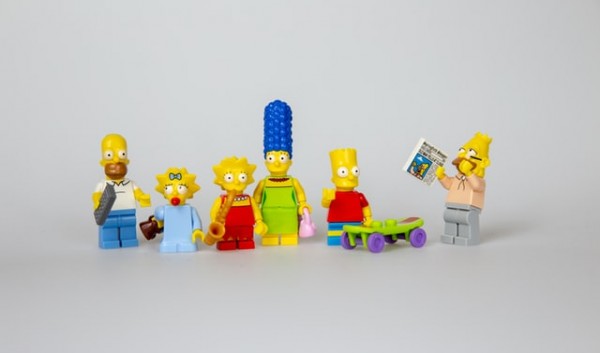 As you may well know, Kristen Bell plays a mixed-race character on Central Park, while voice actor from Family Guy, the competitor animated series, also had Cleveland Brown stepping away from the role saying "persons of color should not play characters of color."

Bell stepped down from her character. However, the Family Guy series has not yet responded nor commented on this major revamp.

In the current production, The Simpsons' Black characters Carl Carlson and Lou are portrayed in vocals by Azaria, who also portrays Japanese character Akira and South Asian character Apu Nahasapeemapetilon.

However, Azaria confirmed earlier than he would no longer voice the Indian character, following critics commenting via their 2017 documentary on racial stereotypes to represent a certain race, such as those from the South Asian region.

RELATED STORY: The Simpsons Predicted The Coronavirus AND 'Murder Hornets,' And The Episode Was Aired in 1993!

White characters are also the voices behind Kumiko Albertson, a Japanese character, Cookie Kwan, and Cosine Tangent, likewise of Asian origins. These three characters are portrayed by Tress MacNeille, a white actor.

Corinne Reichert reports on CNET, "The move follows calls to improve representation in media amid the current civil rights movement. Black Lives Matter protests continue across the US and globally as people demonstrate against the recent killings of George Floyd, Breonna Taylor, Ahmaud Arbery, Rayshard Brooks and other victims of police brutality, and against systemic racism."

It seems though that this is a subtle way for The Simpsons to showcase their support for the Black Lives Matter movement. Following the death of African-American George Floyd in the hands of Minnesota police, the protests against racial injustice have rippled to impact more concerned groups.

International singer Beyonce has launched her newest single, Black Parade, which conveyed the message of support.

Advertisers on Facebook are also affected, after announcing a pause on investing for advertisements due to the recent issues.


ⓒ 2021 TECHTIMES.com All rights reserved. Do not reproduce without permission.
Tags: The Simpsons Voice actors nonwhite
Most Popular