Five Nights at Freddy's (FNAF) fans were freaked out after the news of USA Today about five missing children at Chuck E. Cheese invaded Twitter. According to Comicbook's latest report, the fans of FNAF were getting ready for the popular game to be real after some hoax Chuck E. Cheese news started making noise on Twitter. 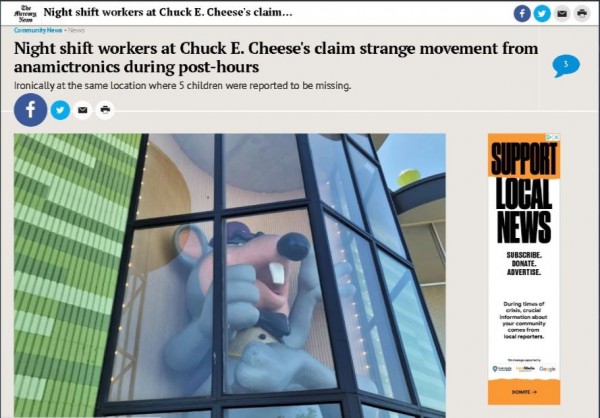 News about a security guard being involved in an accident and a bunch of images with stories about children going missing at Chuck E. Cheese started circulating, creeping out many fans of FNAF. The fans of the popular game started running wild speculations that the series is coming to life, although the trending clips have been proven to be untrue.

The speculations of the FNAF fanbase came in the wake of the Chuck E. Cheese closings during the ongoing global coronavirus pandemic. According to HITC's latest report, bankruptcy was filed by the parent company of Chuck E. Cheese; CEC entertainment. The unfortunate case pushed the famous food chain to close down in 34 different locations. 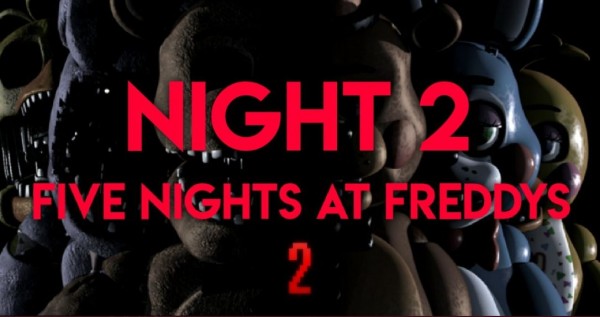 After the bankruptcy was reported, the news about five children missing inside the restaurant and additional scary tales, similar to FNAF, began trending. HITC stated that the circulating stories of USA Today about five children missing inside Chuck E. Cheese were fake. The website claimed that the USA Today have not reported the alleged story despite what Twitter suggests.

"We have been working on it for a long time," he said.

"The production is super active. So I really feel like we have a very good shot at getting to see a Five Nights at Freddy's movie. I feel like it's really moving forward. It's not stalled or anything else. It might seem that way because we haven't done any announcements about it, but it's not stalled. It's moving rapidly forward and I don't want to put a timeline on it, but soon we'll get a movie. I really feel confident about it," he added.