Epic Games Slows Down Development for of 'Fortnite: Save the World' as it Nears Completion

At last, Fortnite: Save the World has come out of Early Access after Epic Games has decided to end the mode's story development. And they have announced that they're slowing down the development on it as it appears that the game is nearing completion. 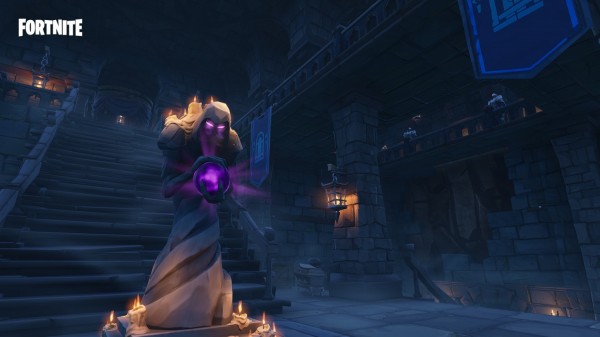 (Photo : Fortnite/Facebook)
Epic Games has decided to put Fortnite: Save the World out of Early Access.

Fortnite: Save the World is out of Early Access

According to a report by PC Invasion, the Fortnite mode will remain online, and unfortunately, it will also retain its premium experience instead of changing it into a free-to-play service.

Epic announced via a blog post saying, "Today we're bringing Save the World out of Early Access and have decided that it will remain a premium experience rather than going free-to-play. Development of new content will slow down after this official release, but the adventure doesn't end here for Save the World."

Nevertheless, they promised the fans that they will keep the mode interesting and make it worth the $20. Based on the report, there will be an onslaught of new content that will be released for Fortnite: Save the World included in the "Ventures" update that will introduce tons of challenges to last the entire season.

With every task completed, a player will climb up the Ventures rank. By climbing up the ranks, players can acquire tons of great rewards and weapon enhancements that will provide them with an advantage in the game.

Read Also: Pokemon HOME is Down After Shiny Zeraora Release, But Here's How You Can Get the Pokemon

The update will also introduce seasonal zones where players will have to tackle new and unique modifiers. Epic promises the fans that they will be adding new seasonal levels to climb each season. For now, the first zone features a tropical biome where pirates have invaded Homebase.

The news outlet also noted that Fortnite: Save the World will not focus on a yearly seasonal schedule. Existing in-game events like Dungeons will be separated from the Battle Royale mode and will be rotated including the Questlines, Heroes, and Schematics.

Epic Games did say several times before that they are planning to release the mode for free so that every Fortnite fan can enjoy it. However, as of writing, there hasn't been any word as to when it will achieve that status or if it's still a possibility.

In related news, the latest Fortnite update is has arrived, and update 13.20 is quite hefty. According to PCGamer, the new update will include a new weapon, the flare gun, that has six shots each and deals 60 damage to an enemy--which isn't exactly as helpful.

However, players would most likely want to get this weapon as it can burn down enemy builds quickly, making it its most useful feature. Additionally, Epic is also introducing a new way to upgrade the weapons without the current hassle.