New exclusive details from Apple were recently revealed by YouTube influencer Filip Koroy--known on the video-sharing platform as EverythingApplePro. Apple reportedly teamed up with Max Weinbach, XDA Developer, over the inclusion of the 120Hz ProMotion display technology in the iPhone 12 Pro, Gordon Kelly wrote in a Forbes report. 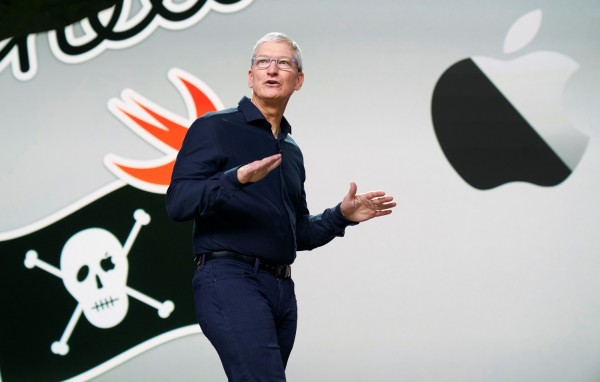 (Photo : Brooks Kraft, Apple Inc / Unsplash)
The iPhone 12 is still quite popular in the community, now that influencers who have obtained the unit have insights to share.

In one of the videos, Koroy narrated that unlike the iPhone 12 Pro Max, units of Pro have only passed four out of five tests because of having a different panel due to the sizing. Things then became more complicated, but they are hopeful that Apple can have these fixed in due time.  This will, however, cost more and according to the report, Apple is deciding whether or not this is worth the purchase.

Also Read: [LEAKED] iPhone 12 Could be the Fastest Smartphone Comparable to MacBook Pro! Here's Why

The YouTube influencer also added that this could result in a "split release" in which Apple can only offer the 120Hz display for the iPhone 12 Pro. Otherwise, the company may just forget about the feature.

"There's still time for Apple to remedy this," Koroy said in the video. He also cited insider Ice Universe, who reportedly keeps contacts within Samsung who told him he believes the 120Hz will be part of both these units. Samsung will allegedly supply these displays.

The 120Hz ProMotion display has been touted as a very important feature. It may be considered a "catch-up feature," but it's high refresh rate screens have many elicited several positive responses from customers.

These don't only deliver smoother frame rates, but they are also more responsive to the touch interface similar to the 60Hz panels of the current iPhones. Apple Pencil also requires 120Hz which is tipped to be supported on the Pro models of iPhone 12, Kelly continued.

For current users of the iPhone, this should not be surprising, since the line-up has always gotten new redesigns of the features, including 5G, state-of-the-art camera tech, and affordability.

"For me personally, I wouldn't buy an iPhone 12 Pro model without it," the Forbes report added.

Meanwhile, another YouTube influencer also shared what they thought about the first dummy models of the iPhone 12, along with finishes, materials, and accurate dimensions.

"I love it, I really love it when I actually hold [the new models] in my hand," the YouTuber said. "This second I went back to my iPhone 11 Pro with the more rounded edges, it felt cheaper. These new phones, regardless of if it's the cheapest 5.4-inch iPhone or the biggest 6.7-inch iPhone 12 Pro Max, they all feel really premium."

The influencer also revealed this is "the best looking phone design" they have ever owned. The reaction is fairly similar to EverythingApplePro.

"I suspect this will surprise a lot of buyers and I have already tipped it to become the top-selling iPhone 12 model, especially considering its price. Conversely the enlarged 6.7-inch iPhone 12 Pro Max is a monster when the two models are positioned side-by-side," Kelly added in the report.