Astronomers discover two giant planets move about together in odd, elegant motions as they interact with each other's gravity. These were first observed by space experts who are members of the international collaboration Wide Area Search for Planets (WASP). 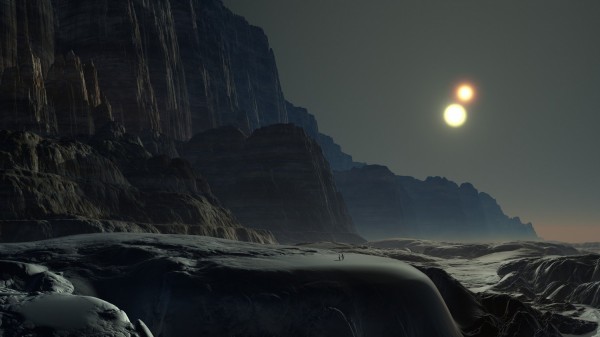 The planets, called Wasp-148b and Wasp-148c, orbit a sun-like star in the constellation of Hercules about 800 light-years away.

Those massive objects, according to the scientists, can "feel the gravity of each other." The phenomenon causes the faster-orbiting Wasp-148b to accelerate and slow down as it inwardly overtakes Wasp-148c.

The findings can be reviewed in the Astronomy & Astrophysics journal.

ALSO READ: [VIDEO] Astronomers Show What Could Be The Birth of an Exoplanet

Dancing in the moonlight

This phenomenon makes it look like the planets are dancing for astronomers to watch.

"This is the first time we've found a pair of giant planets interacting so closely and it's exciting to be able to follow their dance from the ground," said Professor Andrew Collier Cameron, from the University of St Andrews and Wasp team member.

An international team of scientists, including scientists from The Open University (OU) and Warwick University, made the discovery using Earth instruments rather than space telescopes.

Wasp-148b was identified through a range of instruments installed at Observatory Roque de Los Muchachos in La Palma, Canary Islands.

The star system was observed at the Observatoire de Haute-Provence in France, with an instrument known as Sophie.

They found that Wasp-148b, which is about Saturn's size and mass, takes around 8.8 days to circle its host star. The orbital period for Wasp-148c is approximately 34.5 days, thought to have a mass half that of Jupiter.

According to the researchers, this ratio of the orbital periods suggests that the Wasp-148 system is similar to equilibrium, implying the increased gravitational interaction between the two planets.

The scientists also observed the planetary transit of both Wasp-148b and Wasp-148c, which is when a planet crosses before its host star.

The researchers relate this gravitational dance between the planets to moving a child on a swing - where applying energy at the right moment creates tremendous differences in timing and motion.

Was it the first view from earth?

The interaction of the planets with each other allows the WASP-148b transit timing to differ, such that it sometimes occurs early and sometimes late. For the first time, such deviations from the usual orbital clockwork were measured with earthly telescopes rather than space telescopes.

A few hundred planetary systems and differences in transit timing had were observed before this observation, all with space telescopes.

"It has been a very exciting and productive project, and this latest discovery is one of the best," Haswell added.

WASP detects planets passing in front of their host star, causing a small dip in starlight because the planet blocks a fraction of the star's surface from our point of view during the "planetary transit.