Five Unsolved Cosmic Mysteries that Scientists Has Yet To Discover

Now that scientists have detected gravitational waves directly, rippling across space, the last piece of Einstein's theory of general relativity has kicked in. But there's much more fun to have: Physicists and astronomers are far from addressing the most critical questions of the universe. Here are only a handful of the universe's many puzzles that scientists have not yet solved. 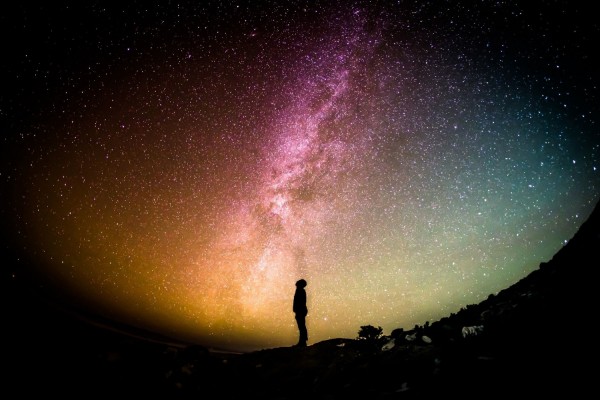 What is the universe made of?

Human beings have looked at galaxy for years and examined deep inside atoms. But what we've ever seen is only five percent of the universe.

Astronomers are still researching the rest. It is known that about 27 percent of the universe is dark matter. This ghostly material does not emit or reflect light. However, space scientists are sure it does exist because galaxies would not have evolved without the dark matter and would break apart unless trapped in haloes.

No one knows for certain what the dark matter is. It may consist of hypothetical particles called weakly interacting massive particles, WIMPS, or sterile neutrinos. Researchers are still waiting for detectors to spot the tiny light flashes that ordinary atoms should produce when particles of dark matter slam.

Astronomers are busy scanning the skies to measure the magnitude of dark energy. But how it does operate remains the guess of all.

Why is gravity weird?

Of the four basic forces of the universe, gravity is an oddball, since there is no clear reason why it is quadrillions of times weaker than electromagnetism or the forces that bind the nuclei of atoms together. How is a pure refrigerator magnet able to defy the gravitational pull of a whole planet?

Theorists come up with some ideas. A long-standing campaign has attempted to reconcile relativity with quantum mechanics by attributing gravity to particle fields called gravitons. And maybe gravity is just as strong as the other three powers, but its strength leaks to extra dimensions.

Are we alone? Where is everyone?

Evidence in astronomers' current hunt for E.T. suggests that Earth is hardly alone - but maybe everyone needs to understand what "alien" means.

On the one side, scientists have detected thousands of exoplanets orbiting distant stars, which suggests that our galaxy alone hosts billions of possible liveable planets. Some have also proposed that the fundamental energy and temperature laws of the universe eventually contribute to life's emergence.

But if living conditions are so common, why did we not see signs of alien life? This issue, called the Fermi paradox, has drawn explications of all kinds. Extraterrestrials perhaps treat Earth as a wilderness area.

Many scientists and theorists have also suggested that biological life is transitory. The dominant types of life in the universe are superintelligent robots that will exist in colder, deeper areas of the world than we looked at. And maybe these robots wouldn't be interested in talking to us, as we're relatively primitive meat.

Is our universe alone?

Even as Earth seems unlikely to be life-friendly, certain basic elements of the universe rest at suspiciously convenient values - a phenomenon called naturalness problem. For example, the slight increase in the amount of dark energy and the early universe would have expanded too fast to allow galaxies to stick together.

And the sheer scale of the universe all but ensures that planets Earth-like exist, as a matter of probability. Along this line of thinking, some physicists argue that our universe, like Earth among planets, is countless. But it happens that ours has the conditions that allow us to exist. Otherwise, we'd not be here to study and write.

Proponents of this paradigm say it merely explains the habitability of our universe. Still, many scientists find it indirect in their reasoning. Proving or disproving such a sweeping assertion is bordering on the metaphysical, and would eventually have to address how shared universes like ours are relative to other varieties.