Fans of Horror, Zombie and Apocalyptic Movies Are Better at Dealing With Pandemics, Study Claims

If you're the kind who loves watching horror movies and TV shows like "Contagion" and "The Walking Dead," you might have an advantage over those who don't. 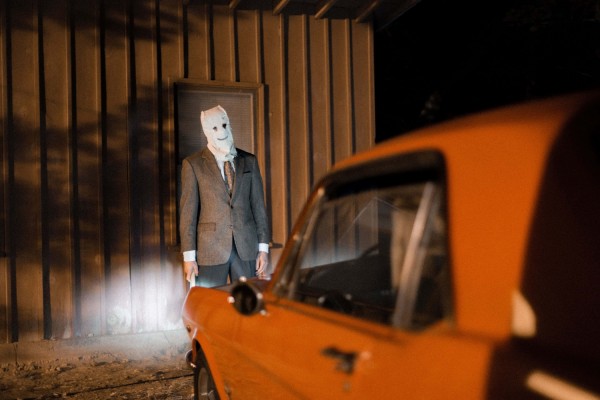 A new study found that followers of movies and shows featuring the likes of attacking zombies, aliens, and infectious diseases coped better in times of crisis.

ALSO READ: Most Controversial Films You Can Stream Now During The Coronavirus Quarantine

Are post-apocalyptic movies a gift from natural selection?

According to the authors of the preprint report, books, and films that discuss apocalypse are a "gift from natural selection," as they prepare audiences to move through literature in a world of turmoil.

Such fictional fantasies may give people the mental opportunity to conduct dangerous cataclysms all in the safety and protection of their homes.

Experts added that post-apocalyptic movie fans are more resilient and better equipped to cope with real-life crises such as today's one that hits the planet.

Viewers can also pick up tips on how to behave or react to situations like buying panic, fake remedies, and others' fears.

"If it's a good movie, it pulls you in, and you take the perspective of the characters, so you are [unconsciously] rehearsing the scenarios," Coltan Scrivner, a University of Chicago researcher told the Guardian. "We think people are learning vicariously. It's like, with the exception of the toilet paper shortage, they pretty much knew what to buy."

He came to a conclusion after 310 people were questioned about their film preferences and viewing histories by their fellow researchers. They then asked them how prepared they felt for COVID-19, and their anxiety, depression, irritability, and sleeplessness experiences.

Those who were partial to horror were less disturbed by the crisis than the rest. Those who liked so-called "prepper movies" - where civilization falls - were rated as more robust and able to prepare ahead, both mentally and literally.

ALSO READ: Top Most Popular Netflix Shows in Each US State

Deepening into the immersive world of prepper films lets audiences learn how to behave in a pandemic, whether they know it or not. Some psychologists think the insight learned when watching these films may be useful in the real world.

It tells a person what social tensions are likely to occur during turmoil and what institutions people can genuinely depend on, and what the world looks like if people start behaving selfishly and stubbornly.

"If you've watched a lot of prepper movies, you [have to live] through massive social upheavals, states of martial law, people responding in both pro-social and dangerously selfish ways to sudden catastrophic events," Mathias Clasen, a psychologist at Aarhus University and a co-author of the story, said.

Scientists said many people have been watching Contagion because it portrays a real-life example of what could happen during the pandemic. They say that morbid curiosity may have inspired people to watch those movies.

But some also claim that watching films of this genre may be a kind of sensation-seeking action, a compulsion tied to greater excitement and enjoyment of horror movies.

ALSO READ: Have You Tried These Netflix Hacks That You Can Use All the Time?