Jupiter To Shine Brightly in Opposition This Week; Here’s How to Watch The King of the Planets

Jupiter is back to put a spectacular show! Celestial objects come and go from our night sky, flying around or orbiting the Earth. If it's the full Moon or a meteor shower, or even seeing Mars, we're here explicitly asking you to look up and enjoy the wonders of Earth's atmosphere. 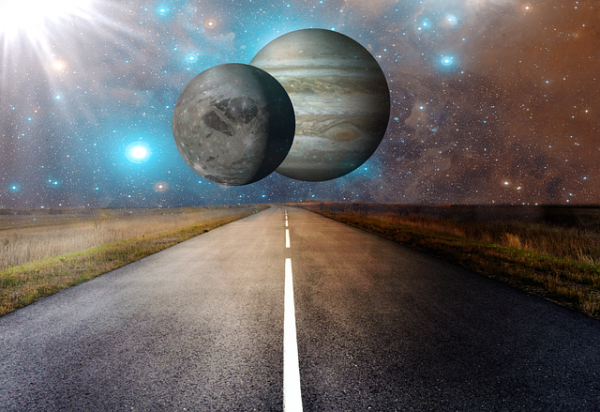 We're asking you to marvel at the beauty of the planet Jupiter as it gets into opposition on the early hours of Tuesday morning, July 14. The king of the planets will appear at its biggest and brightest to sky-gazers on Earth this week.

Jupiter is the Solar System's most giant planet, more than twice as massive as all worlds put together. Jupiter is also the second brightest planet in the night sky, second only to Venus, the second closest planet to the Sun.

What is Jupiter's 'opposition?'

Opposition to a world occurs as Earth moves between it and the Moon. As a result of the geometry, Jupiter's disk would tend to illuminate 100 percent, as seen from Earth.

In practical terms, however, there is no need to wait for that one particular night; from July 11 through July 16, 2020, Jupiter will be best. Jupiter will shine at its brightest of all 2020, but never twinkle during this time.

ALSO READ: Venus Will Be 21 Times Brighter Than the Brightest Star This Week! Here's How and When to Watch!

Why is 'opposition' so impressive?

The opposition is a beautiful way to look at a planet because it is as bright as it is getting all year round.

It is also "up" throughout the night, rising more or less at sunset and setting at sunrise. You can also see a "planet-rise" in the east and "planet-set" in the west.

Where to find Jupiter in the night sky

The gas giant world now passes through Sagittarius, the Archer's star. Wait an hour after sunset to find it, and look south-east. You should see this as a bright light just above the horizon, quickly enough. You'll also see Saturn emerging to the lower-left of Jupiter within an hour.

Jupiter will hit this strategic location on Tuesday at 4:00 a.m. (EST). The already bright planet will appear even more gorgeous in the twinkling dawn light. Only that evening will the Moon and Venus appear more vivid than Jupiter.

How to find Jupiter's moons

The planet in the southeastern sky must rise, and remain there until dawn. With a pair of binoculars, you can wonder at Jupiter. A small telescope helps you see Jupiter and observe its surrounding moons.

Grab any pair of binoculars or a small telescope. You'll see some of the massive Galilean moons; Ganymede, Europa, Callisto, and Io. They're an easy-goal.

What's next for Jupiter?

As Earth moves away from Jupiter on its Sun orbit, the gas giant in the night sky becomes slightly more dimmer. It will also rise earlier and earlier, finally visible in the western sky just after sunset, and establishing itself soon afterward. That's going to be the case until late December when Jupiter comes exceptionally close to Saturn.

Jupiter and Saturn will be in a "big conjunction" on December 21, 2020, appearing to be in night sky less than 1o apart. That's so similar that the two giant planets would look like one to shine.

EarthSky said Jupiter's next opposition would be on August 19, 2021.

ALSO READ: Is Earth's Doomsday Near? NASA Warns Killer Asteroid May Arrive on Earth in 5 Days