Venus Will Be 21 Times Brighter Than the Brightest Star This Week! Here's How and When to Watch!

On Friday, July 10, Venus puts on a spectacular show for early birds. It established itself as a dazzling morning star emerging into view soon after 3:15 am from beyond the east-northeast horizon. 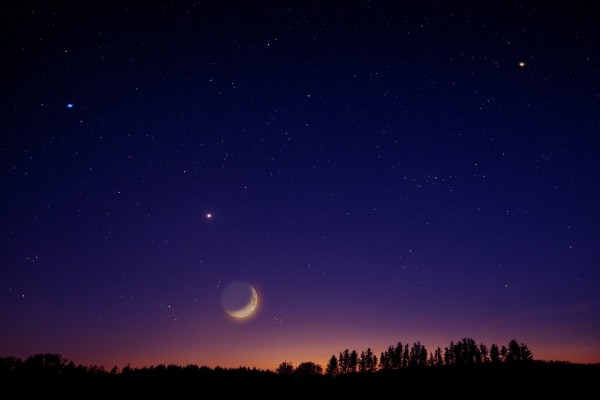 Last month, Venus transitions from an evening into a morning star-known as its lower conjunction. Now it's moving away from that line and speeding ahead of the Earth in its faster orbit. Hence, the planet is going to display as a large, brilliant, and beautiful crescent that waxes in a month-long phase while size decreases.

Scientists have noted during inferior conjunction that Venus has become easier to see as it shifts further away from the sun and easily rises up into high brightness in the morning.

When to watch Venus shine?

Venus will shine in complete darkness on Friday morning, July 10, thus shining its best at a brilliancy magnitude of 4.7.

Venus seems to shine most radiantly when it is in its crescent phase, unlike Mercury, when it is in its full phase when its peak brilliance is in. This is because Venus is far from Earth, and when it appears full as seen on Earth, its disk looks relatively small.

ALSO READ: [VIDEO] BepiColombo Spacecraft Takes Stunning 'Selfie' With Earth During Its Flyby on a 7-Year Journey to Mercury

On the other hand, when Venus is closer to Earth, its disk is more enormous in apparent dimensions. Still, its crescent shape does not reflect Earth as much sunlight as it would be if it were in its full phase.

This arrives as Venus appears to be 41 million miles away from Earth in 25 percent illuminated crescent, its highest lit length.

By then, Venus will be 21 times brighter than the brightest of all-stars, Sirius. It will be so bright it can even be seen with the naked eye after sunrise on apparent days. Anyone who tries to track their movements can see it against the blue sky as a tiny white "speck."

Now is the time to see Venus using those telescopes or even binoculars. Even merely bracing them against the tree will make a difference for binoculars. But some people claim that with their naked eye they can see Venus's crescent. The best time to do this is 15 to 30 minutes before sunrise.

From mid-July to September

Venus will be seen near the constellation Taurus, the bull on July 11, 12, and 13 on three consecutive mornings. During these three mornings, it is located just 1 degree from the bright star Aldebaran.

In August, Venus will rise to two hours before sunset at one and a half hours and sparkle at dawn on the east horizon, which will begin to climb higher every week. Perseid watchers will then see Venus at its greatest elongation, 46 degrees from the sun, by August 12.

Venus will continue to shine as it dominates the night sky, until September. It will be located by mid-morning twilight one-third of the way up in the eastern sky, and will be a little higher in September compared to August.