Recent Ridgecrest Quake Triples Chances for the 'Big One' to Happen Soon: Study

New research has revealed that the Ridgecrest quakes of 2019 may have increased the probability of the Big One along the San Andreas fault in California. However, with questions, minimizing fear, and the resources needed to mitigate issues should this happen, there is good news.

Despite the research claims, there is a group that says it is actually far from happening.

National Geographic took the research to publication, and the journal was a study in the Bulletin of the Seismological Society of America on July 13. It concluded that there are now about two to three percent chances that earthquakes at 7.5 magnitude or higher in the next year over the Garlock fault at 160 miles, running along the Mojave Desert's northern edge, may happen.

The Ridgecrest earthquake happened on July 4 and July 5 last year, and was connected to the large aftershock felt right after a year on June 3, 2020, along the north and northeast Ridgecrest town in California state. It is also located along the west of Searles Valley.

This could well be the Big One, or the precedent to the great natural disaster that the world is anticipating, according to the research. The large earthquake may occur at 1.15 percent chance in 2021. 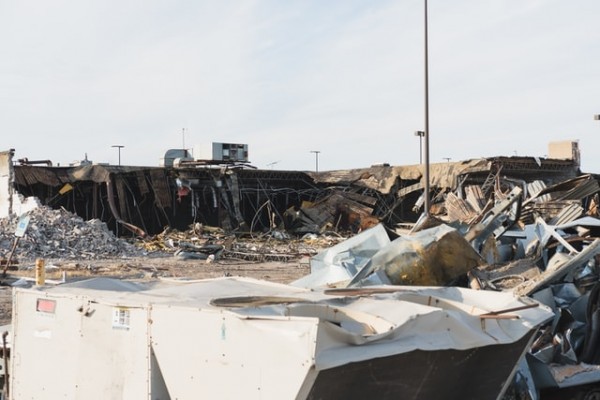 (Photo : Charlie Deets / Unsplash)
With the Big One happening, the worst is just about to come.

However, the researchers are also agreeing that the odds may still be small. Gradually over time though, these probabilities are increasing. For instance, they are now a significant jump from previous chances having the epicenter just about 125 miles from downtown Los Angeles' northeast, a site where fault lines are plenty.

These probabilities take into consideration the truth that the larger quake over the Garlock fault is now 100 times more likely, from the 0.023 percent probability to 2.3 percent at this time, the report added.

You can see that the number tripled and with the San Andreas quake, the figures have it from 0.35 percent to just 1.15 percent in 2021, according to one of the co-authors of the study and chief executive officer of Temblor, Ross Stein.

The company is a modeling group in the Bay Area that has currently created a free earthquake hazards application designed for smartphones.

These quakes may trigger larger quakes over the Garlock fault and also along the San Andreas. For Lucy Jones, a seismologist and with little influence over the study, she found the report "elegant science" but the speculations may be far from happening.

First, she said they are "not confirmed." She added, "It's really interesting science, and I like the way they've been able to increase the complexity of how they do their modeling. That's a real advance. But it's not yet proven."

Also Read: Mount Everest May Have Shrunk As A Result Of 2015 Nepal Earthquake

If the research is based upon, the Big One will cause more than 1,800 fatalities, around 5,000 injuries, and displacing a million people from their homes, wreaking havoc in the region. There could be more assumptions at the same time, the report further added.

ⓒ 2021 TECHTIMES.com All rights reserved. Do not reproduce without permission.
Tags: Ridgecrest Big One California earthquake
Most Popular