Why are Some Emojis Not Showing Up? Here's How to Fix Those Appearing in Boxes [Android, iPhone]

Wonder why you can't see emojis on android or iPhone? Below, will show you how to fix it and what you can do about it

We have more emojis than ever before at our disposal. But do your families, family, colleagues, and favorite chatbots see the colorful cartoon icons you think they do? There are many different reasons why emojis can get lost in translation between apps, devices, and platforms. Here we're going to explain how to avoid it. 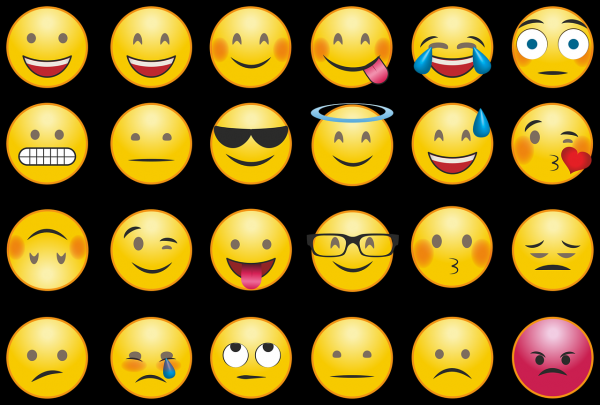 Below the emoji characters you see on your screens is the Unicode standard. It is a way to represent text and other characters to which everybody agrees. Unicode sets the standard emoji symbols available. Then Apple, Google, Microsoft, Samsung, and everyone else draws their own definition on top - which is why on an Android phone, a smiley face appears different than on an iPhone.

If the hamburger on your computer isn't the same as the hamburger on your friend's computer, as long as it's still a hamburger, it's not a big communication issue, and Unicode makes sure of that. Only be mindful that certain app developers view emojis in very different ways when writing the messages. So Slack emojis that you're using on Windows will look slightly different from those of the colleagues who are using Macs.

Apps are free to use emojis internally in any way they want to add to the confusion - for example, WhatsApp displays the same emojis in Android and iOS. This keeps it simple for WhatsApp users, but as applications make their own choices, it is harder to keep track of emoji design.

The best guide to follow up on this is Emojipedia, which alerts you if a specific symbol on various platforms appears radically different. For example, check out the different emojis styles for framed pictures, shooting stars, and pistol (which in some apps and OSes have been updated to look toy-like but not others).

Emojis that are squares or showing up as boxes

You certainly won't fundamentally misinterpret anyone just because an emoji was created differently. When emojis can't be shown at all, the real problems start and only appear as empty boxes, squares or some other neutral symbol. (The @bitmoji Twitter account will tell you if you need to find out what the mystery emoji is.)

Such boxes and question marks appear because emoji support is not the same on the sender's device as emoji support on the receiver's device. This could be two different OSes with varying Unicode support. It could be an old software program without access to modern emoji symbols or an obsolete device or browser for the keyboard.

When messaging millions of people with an emoji-packed message, you can't know they 're all using popular apps to look at the tweet. The only possible ways to avoid being confused are not using emojis at all, falling back on the useful old text-based emoticons, or stick to the most common emojis known by just about every site.

Working with a smaller group of people, like your kids, is a lot easier to make sure everybody is on a network that is up to date with the newest Unicode standards. Usually, Unicode updates occur once a year, with a couple of new emojis in them. Then, upgrading their OSes accordingly is up to the likes of Google and Apple. As new Android and iOS updates are rolled out, emoji boxes and placeholders with question marks begin to become more popular.

ALSO READ: Here are The Following Common PINs that Are Easy to Guess, Study Finds

ⓒ 2021 TECHTIMES.com All rights reserved. Do not reproduce without permission.
Tags: Emoji Android iOS
Most Popular