Kodak Bags $765M Loan to Be the "Arsenal for Medicine" Producing Hydroxychloroquine, Other COVID-19 Drugs

Eastman Kodak Co. soars to about 350% on Tuesday, July 28, as the photography giant received $765 million funding under the Defense Production Act. The act was used earlier to hasten the production of masks, ventilators, and other medical equipment amid the coronavirus pandemic.

The 132-year-old company will create Kodak Pharmaceuticals to produce ingredients for drug manufacturing as President Donald Trump's eyes the deal as an "a breakthrough in bringing pharmaceutical production back to the United States." Currently, only about 10% of the generic drug supply is manufactured in the U.S. and Trump

According to The Verge, Kodak will then be America's "arsenal for medicine" as it will be repurposing its factories in New York, Rochester, and St. Paul, Minnesota for generic drug production, creating about 1,500 direct and indirect jobs. 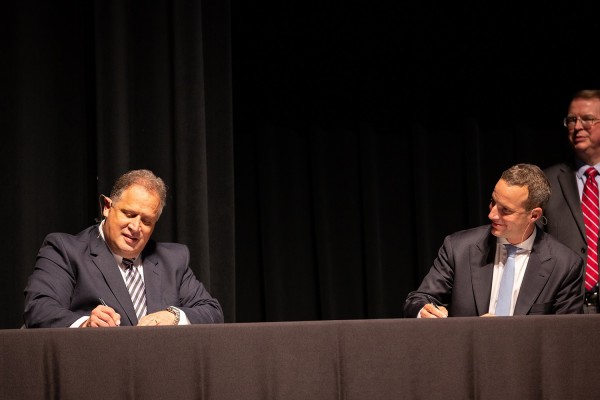 The loan will give Kodak a new chance in the pharmaceutical industry after its short stint in drug manufacturing. In 1988, it bought Sterling Drugs for about $5.1 billion but later sold it in 1994.

During the signing of the partnership between Kodak and the U.S. International Development Finance Corporation (DFC), Kodak Executive Chairman Jim Continenza said that the company is "proud to be a part of strengthening America's self-sufficiency" in manufacturing key drug ingredients needed to ensure the safety of the U.S. residents.

Kodak will initially produce essential pharmaceutical ingredients that fell under "chronic national shortage." These include those needed to fight against coronavirus like the anti-malarial drug, hydroxychloroquine. Then, the company vows to produce up to 25% of active "ingredients used in non-biologic, non-antibacterial, generic pharmaceuticals" once it becomes fully operational. 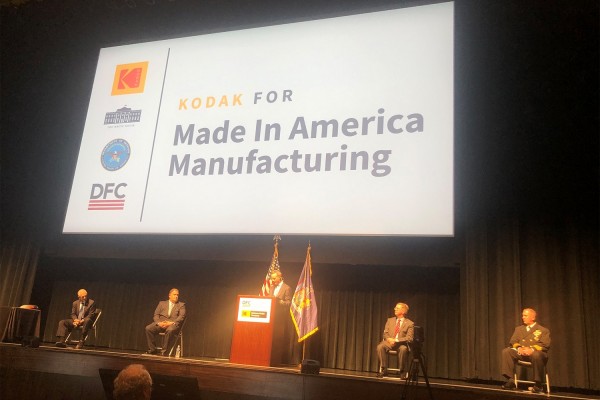 This is the first time that the new authority allowing the DFC and the U.S. Department of Defense (DOD) to collaborate in support of the domestic response to COVID-19 under the Defense Production Act (DPA) per Trump's instruction in his recent executive order.

Meanwhile, Assistant to the President and Director of the Office of Trade and Manufacturing Policy at the White House Dr. Peter Navarro said the partnership is "a big win for the use of President Trump's DPA powers" and an enormous leap towards having an independent American pharmaceutical industry. Navarro also said that "Americans are dangerously dependent on foreign supply" for essential drugs and pharmaceutical resources.

"We will be self-reliant and that will ensure our safety," DFC CEO said Adam S. Boehler. 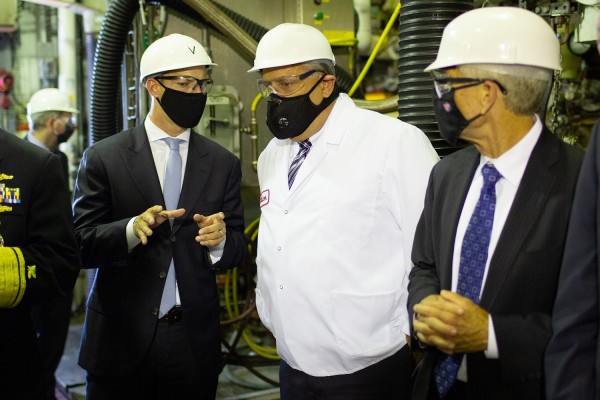 Kodak shares surged by 350% amid the loan signing

After declaring bankruptcy in 2012 with a market capitalization above $30 billion, shares of Eastman Kodak Co. has surged by over 350% after President Trump granted the company with a $765 million loan to produce vital pharmaceutical ingredients.

Bloomberg reported that the company shares closed the July 28 trading with 203% gains with its price rose to its highest after two and a half years. Kodak's stock fell by 44% this year with only $115 million market capitalization. It only had a cash balance of $209 million ending the first quarter. However, after the deal, its market capitalization went up to more than $230 million. Investors are expecting to drive greater revenue and profit growth for the company with this deal.

ⓒ 2021 TECHTIMES.com All rights reserved. Do not reproduce without permission.
Tags: Kodak Coronavirus Stocks
Most Popular