Astronomers claim that ultraviolet light can solve the questions about mysterious stellar eruptions. According to The Next Web's latest report, space experts said that new clues on white dwarf explosions could be provided by UV light. 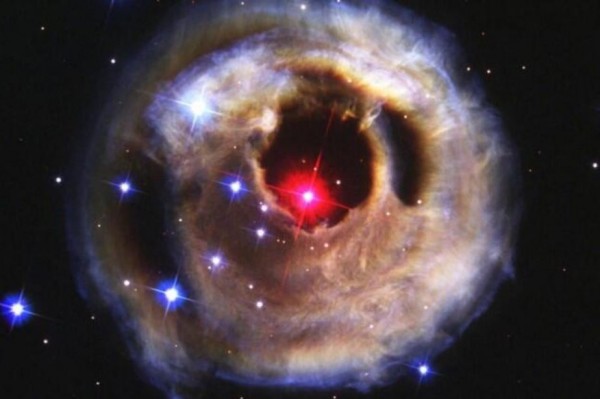 It was explained that white dwarfs might explode because of certain conditions it faces in space. However, the reason why these stellar events happen is still not yet answered, remaining as a mysterious process.

But, there is a chance that these space events can be answered since the detection fo flash ultraviolet light emitted by one of the explosions might give the needed information explaining how they happen.

The new study, which was published by the Astrophysical Journal, explained that UV light could also help researchers understand how other heavy elements, such as iron, form. Getting behind the new discoveries in space? Always check the science news update here at TechTimes. Also, can a hypothetical ultra-light spacecraft reach Proxima Centauri? Find out now.

Ultraviolet light detection can also provide a better understanding of one of the great mysteries of the vast Universes, the dark energy.

"The UV flash is telling us something very specific about how this white dwarf exploded," said Adam Miller, a Northwestern University astrophysicist who led the research.

"As time passes, the exploded material moves farther away from the source," he added.

Adam explained that after a year, the material of a white dwarf will be so thin that the center of the explosion will be visible.

How astronomers discover the ability of UV light

Zwicky Transient Facility's (ZTF) astronomers discovered a supernova they called SN2019yvq in December 2019. The data analyzed by the researchers identified that the stellar body was a type of Ia [one A] supernova, which is a fairly common type of explosion for white dwarf stars.

The explosion, which took place roughly 140 million light-years from the planet, was seen near the constellation Draco's tail."These are some of the most common explosions in the universe. But what's special is this UV flash," said Miller.


"Astronomers have searched for this for years and never found it," he added.Adam Miller confirmed that it is only the second time that type Ia supernova was seen emitting an ultraviolet flash. Some theories formulated by astrophysicists explain why the white dwarf stars produce flashes of ultraviolet light before they finally explode.

The first theory suggests that a start explodes once it builds up to a critical mass after consuming its partner in binary systems. This event generates ultraviolet flash since expelled material from the eruption collides with the companion star.

The second theory explains that ultraviolet light is generated after the radioactive material in the core of the white dwarf mix with the star's outer layers, increasing the temperature surface. For more space mysteries, always keep your tabs open here at TechTimes.