The Witcher 3: Wild Hunt is one of the gaming community's favorites and perhaps the biggest game from CD Projekt Red, especially as it's still gaining traction despite being launched five years ago with excellent sales figures, which may be partly due to the Netflix adaptation of the books starring Henry Cavill as Geralt of Rivia. 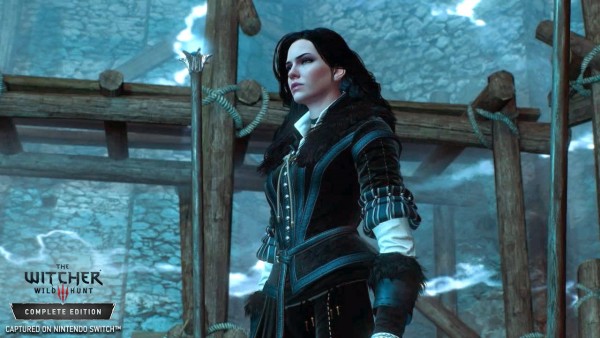 (Photo : The Witcher/Facebook)
There's a new Witcher 3 mod that turns all of Geralt's romanceable partners into Yennefer.

With the new interest in the game comes a new mod, which is basically the best mod for every Geralt and Yennefer shippers and everyone who is loyal to the purple-eyed, raven-haired mage.

In a report by GamesRant, the mod is created by Julia Barcelos and is first shown in a live stream done by O Megascopio, a Portuguese news site.

Based on the report, fans of Witcher 3 could finally download the mod to try on their own via Nexus Mods, where it was made available since July 29, so it's been there for quite a while, and surely tons of fans have already tried.

So, what is the mod all about?

According to the creator, the mod replaces six romanceable character models from the game's side-quests: Triss, Syanna, Sasha, Jutta, Shani, and Keira.

Barcelos said that they could not choose anyone aside from Yennefer as she is practically Geralt's one true love, especially when basing on the original source, which is the book series from Polish author Andrzej Sapkowski.

Additionally, it's a little safer for work.

PCGamer noted that The Witcher 3 mod replaces any nudity with Yennefer's lingerie model as it was initially made for a YouTube stream, to which the modder commented, "We all know how much YouTube hates nipples lol."

As with most mods, there are a few minor issues with this one, especially when it comes to aesthetics--but Barcelos suggested downloading several other aesthetics-based mods to fix these issues, such as Yennefer's outfit clipping to Syanna's cloak.

More Mods Made by Fans

Of course, this is not the only Witcher 3: Wild Hunt mod available out there as tons of other mods could help fans reignite their passion for the game.

For example, there's a mechanic-focused mod known as The Witcher 3 Redux 3.2 that offers a "lore-friendly gameplay overhaul," or another mod from Nexus Mods user Halk Hogan PL that overhauls the game's graphics, giving players a completely different experience, aesthetics-wise.

There are also fun ones, such as a mod for the game's Blood and Wine DLC, wherein you can travel across Toussaint with a treadmill.

For fans of both the Netflix series and the game, there's even a mod that brings an Anya Chalotra-inspired Yen as well as a Henry Cavill-inspired Geralt to the game, mixing the two well-loved versions together.

The Witcher 3: Wild Hunt is deemed as one of the best role-playing games of all time, and the amount of mods could show how fans could spend their free-time tweaking and bringing unexpected new content to the game.

For those who want to try it out, this CD Projekt Red title is available on PC, Xbox One, PS4, and Nintendo Switch.