'Valorant' Act 2 Adds Battle Pass and More; Plus How to Unlock All Agents in the Game

Riot Games' Valorant is relatively new, but it's already emerging on top of the list, with the unofficial player count stats reaching 3 million players on its closed beta period alone, making it one of the most, if not the top played title among other first-person shooters. 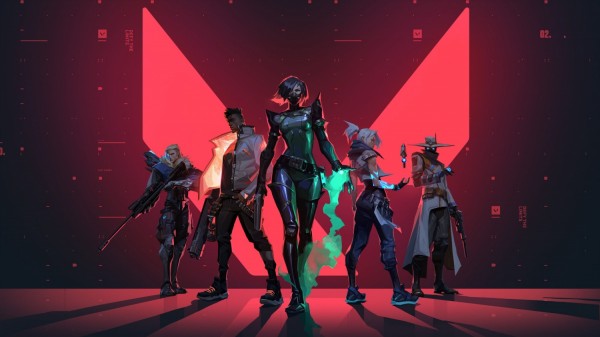 (Photo : VALORANT/Facebook)
Here's all the new content in Act 2 and how to unlock all Agents.

As with all game titles, Valorant is getting a new update as it enters Act II, so there will be new content that could bring in more players.

In a report by Screen Rant, the developer has announced the launch of Act II's Battle Pass that will be launching this August 4, along with Episode I Act II that will include an onslaught of new content, including the highly-requested Deathmatch mode as well as a new agent, among others.

The game's second-ever Battle Pass is available for 1000 VP, the in-game currency, or around $10, which is not bad considering the free and premium items players could get.

Besides the Battle Pass, Valorant players will also acquire the neon Glitchpop skins, which they can use to customize the "Frenzy, Odin, Bulldog, Judge, and melee" weapons, according to the news outlet.

Read Also: This 'Witcher 3' Mod is Perfect for Every Geralt and Yennefer Shippers

The FFA Deathmatch will also be available starting tomorrow.

The solo mode will put 10 players against each other, all without Agent abilities but with infinite money instead, with the first player to achieve 30 kills declared as the match's winner.

There's also a new agent named Killjoy arriving for Act II, giving the players plenty of new content to work with for the new season.

How to Unlock All Agents

But speaking of Agents, how do Valorant players unlock all of them?

In a guide by Daily ESports, there are 11 agents available in the game, not accounting the new one that will be made available as Act II launches this August 4--but only five will be unlocked early on for every gamer.

Based on the news outlet, this is to assure that a player will always have an Agent available to play in matches during their early days playing the FPS title.

With that, here are the readily available Valorant agents for every player:

As players begin the game, they will receive two agents by playing games and leveling their Ignition: Act I contract. Then another Agent will be unlocked by level five, and another by level 10, which will then unlock Contracts.

Valorant players could unlock an Agent by reaching level five of their Contract, something they could do by earning XP points from completing missions and practically continuously playing the game.

If you're not the type of person to grind, you can also buy Contract levels for 1000 VP or $10 if you really want to unlock a particular Agent, but if you don't have the cash, you'll want to keep on grinding to unlock the following:

As Killjoy will be introduced when Act II arrives, you'll likely need to grind to earn levels for Killjoy's Contract and unlock this new Agent.

Valorant is currently available on PC.

Read Also: Microsoft Flight Simulator 2020 on Steam: How to Get it For Free and PC Requirements