The research conducted by the University of East Anglia (UEA) reveals a somewhat different lifestyle approach by the specific group of sperm whales. Robots that are unmanned and released underwater were used by the researchers to follow and monitor the group closely.

Acoustic monitors were fitted in the undersea robots as they monitor the whales' sound or 'clicks' traversing to the vast ocean, 1000 kilometers away. This study went on for several months before the researchers were able to share their findings.

The endangered underwater mammals are characterized to forage during the later parts of the day, saying that they are not "morning persons", much like humans. 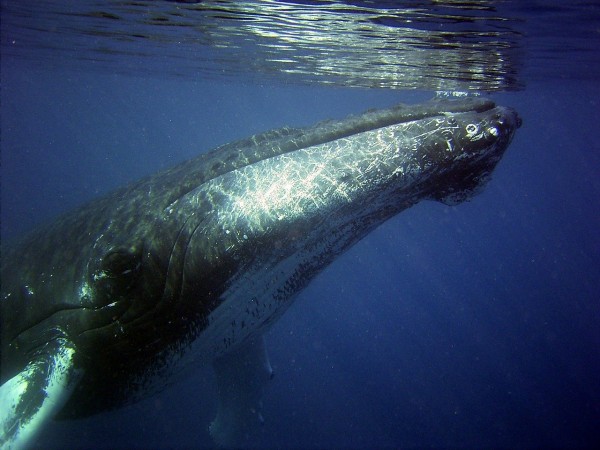 Eco Magazine states that according to a published paper entitled Endangered Species Research, this specific group of whales produce a unique click sound that is highly distinguishable as their kind. The Mediterranean whale produces an "extremely powerful and highly directional 'usual clicks' produced while foraging."

Researchers believe that the whales inhabit the North-Western part of the Mediterranean Sea, making it a hotspot for the sperm whale's habitat, more specifically, in the Gulf of Lion. The researchers also heavily monitored the whales during the winter season and found various foraging patterns by the said creatures.

The Ligurian Sea show whales forage at all times during the day, and the Sea of Sardinia also shows a significant presence of the endangered mammals that produce their sound 'clicks' all the time during the day.

Pierre Cauchy of UEA's Center for Ocean and Atmospheric Studies (COAS) gave importance to the monitoring of these creatures during winter months as they prove crucial to the study.

"The clear daily pattern identified in our results appear to suggest that the sperm whales are adapting their foraging strategy to local prey behavior. The findings also indicate a geographical pattern to their daily behavior in the winter season." Cauchy said.

The University of East Anglia shared in their website that marine biology and biodiversity is being learned through their "fleet of silent underwater robots" that is capable of revealing hundreds of feet of knowledge below the surface.

These robots do not disturb underwater wildlife and can go on for extended times underwater. The SeaGlider undersea robots help in gathering massive amounts of data underwater that is used for understanding life below. This particular machine closely monitor whales, especially the endangered ones, to see their behavioral patterns.

Not only that, but the SeaGlider also helps in monitoring and understanding climate change through the water's behavior, temperature, and oxygen levels.

It is also worth noting that this particular piece of technology produces an image of the water below through sounds, and by doing so, the researchers can monitor storms and even determine human activity.

Oceana blog believes that this piece of technology is humanity's great innovation in preserving and protecting the underwater wildlife and all its constituents.

Check out the endangered whales' sound below: