Wonder Why #SaveTheChildren Was Blocked on Facebook? Check out This Altered Photo of Tom Hanks

Facebook recently banned hashtag and keyphrase "Save The Children" (#SaveTheChildren) for some accounts and users, saying that they "go against our community standards". Rumors even spread that links to a major conspiracy that it is allegedly created by QAnon and somehow links a photo of Hollywood actor, Tom Hanks, as a culprit involved.

Heavy reported that the ban mysteriously ran from August 5 until early August 6, 2020, as users who were using or following the hashtag were given a broken status. The hashtag seems to have shown posts related to it for some at around 12 A.M., Eastern Time, but for others, the post is still unavailable or broken since Wednesday.

There are also a variety of messages that appear when hashtag #SaveTheChildren is clicked. One proceeds to show that a "technical error" occurred and that the social media application's servers are trying to fix it, and for some, it reveals a "Keeping our Community Safe". The latter pop-up suggests that the hashtag and its content are violating Facebook's post standards, so they are hidden.

Save the Children is believed to be a movement that protects children's rights. This occurrence led many people to question Facebook, and some even believe that it is protecting child traffickers as they bring to Twitter their grievances. Several posts portraying dismay with the social media giant were made. 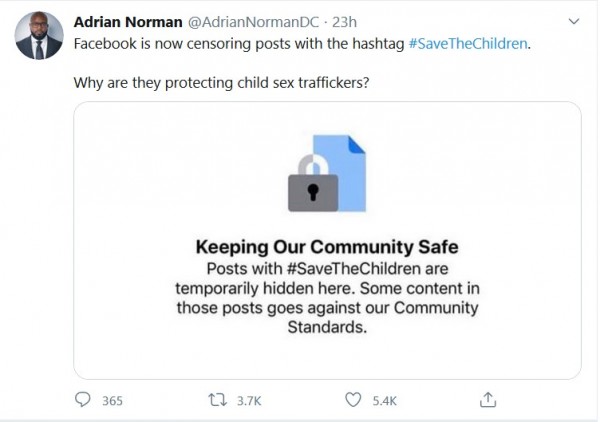 Rumors also stated that QAnon, a notorious conspiracy theorist in social media, is behind this hashtag. Additionally, QAnon hashtags are sometimes seen to be included with #SaveTheChildren posts, and this led many users to believe that the latter is a conspiracy movement.

Facebook still has not given their side regarding the issue as several people and companies ask why this occurred.

Tom Hanks is being linked to this issue as several photos of him, and his memorabilia are being branded as 'pedophile'. In a Facebook post, one image showed a picture of a child with text beside him, stating that a child is more likely to be sold to human traffickers rather than die of COVID. Alongside this shows a picture of Tom Hanks' Hollywood star being violated with the actor's name being crossed out and replaced with a written "pedophile" in it. 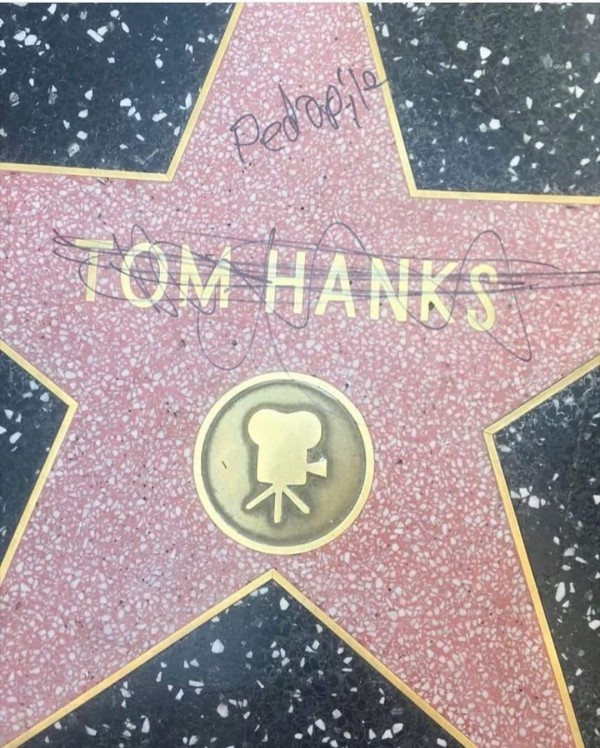 The post of the original person who published those photos garnered 120 shares as of this moment with several more hashtags like #savethekids,
#Pedowood, #hollywood, #whereistheoutrage, #BillGates, #wwg1wga, and #whereisthemedia

BBC sheds light to the bugging question about who or what QAnon page really is. QAnon is a social media conspiracy theory page that is popular in the country. Their posts generate engagements that a lot of people consider and believe.

QAnon became famous because of their posts believing that President Donald Trump is on the works in combating a secret group of elitists, pedophiles, and Satan worshippers hidden in the government, media, and business industries.

The group surfaced around 2017 showing off a large Q that is rumored to be a level "Q" security clearance within the U.S. government. "Where We Go One We Go All" or "WWG1WGA" is one of QAnon's most famous slogans that many people reuse and believe.

Twitter is on the works in cracking and shutting down QAnon and anything related to them, especially in their website and apps.