Fourteen years since Tesla unveiled its prototype in 2006, and the Roadster has continued to excite the public with every little detail about the new version coming.

While the new Tesla is originally scheduled for release in 2020, three years after the initial buzz about it, it was pushed back to 2022 as the automaker focuses on the Cybertruck, which will be released in the market in 2021. 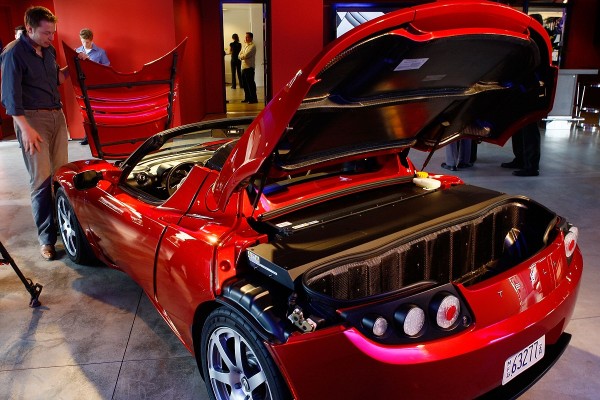 (Photo : Vince Bucci/Getty Images)
LOS ANGELES, CA - MAY 01: The Tesla Roadster, the world's first highway-capable all electric car available in the United States, is displayed on its production debut in the Tesla Flagship Store on May 1, 2008 in Los Angeles, California.

On Aug. 19, the company chief confirmed a little detail about the new Roadster: it will have one-nut wheels just like race cars. Musk replied to Space Intelligence, which tweeted: "Old engineer's saying: "What holds with four screws, holds with three, too." Musk said: "My favorite is one in tension, other DoF in compression. New Roadster wheels will only have one nut."

My favorite is one in tension, other DoF in compression. New Roadster wheels will only have one nut. — Elon Musk (@elonmusk) August 18, 2020

Another user Zubin Anary joined the conversation and said F1-style, center-locking nuts would require a "HUGE torque wrench and a HUGE nut" of about ~70mm or more. He then asked Musk if the New Roadster will have it and whether service centers can torque the single nut.

Musk and his fans were talking about center-lock wheels, which are used in race cars and other high-performance sports cars, compared to traditional cars that require four to five nuts to lock the wheel. Also, a center lock wheel only uses a single large hex nut.

Currently, Formula One and other race series still use it as well as few sports cars and supercars. The main advantage of having a single nut on race cars is the convenience and speed of removing it at the pit stop while providing bigger room for calipers and larger brake pads.

Musk said earlier this year that Tesla will give an update on the Tesla Semi and the new Roadster later this year.

The first and last Tesla Roadster

While Tesla is still holding the production of the new Tesla Roadster, The Drive reported a listing of a used Roadster in Switzerland that cost $1.47 million. It is nearly a million more than its original base price of about $60,000.

Between 2008 and 2012, Tesla built only 2,500 Roadsters. While the car usually depreciates after some time, a vehicle's value can hit the roof, it is the first or last unit built, even surpassing its original price multiple times. Well, the first is no longer on Earth as Musk as it was sent to the outer space with mannequin Starman on the passenger seat in February 2018. 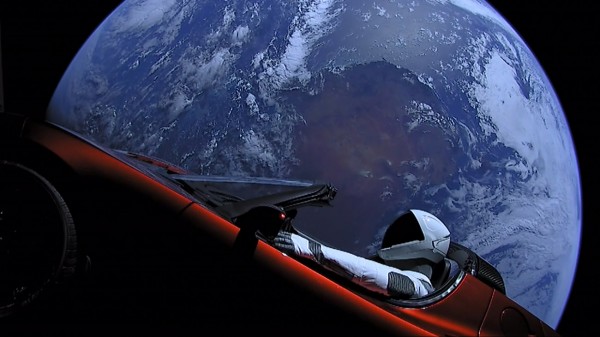 (Photo : SpaceX via Getty Images)
IN SPACE - FEBRUARY 8: In this handout photo provided by SpaceX, a Tesla roadster launched from the Falcon Heavy rocket with a dummy driver named "Starman" heads towards Mars.

The cherry-red Tesla Roadster is Musk's personal car, which he sent in space aboard SpaceX Falcon Heavy for entertainment. "I think that silly and fun things are important," Musk said.

How about the last Roadster? It is the one being advertised. The listing stated that the vehicle is the last Tesla Roadster built. But is it worth $1.47 million? Well, here are some things about it.

This unit is perhaps one of the most well-preserved proto-type with only 124 miles on its odometer. Also, the car was never registered as it remained sitting on tire pillows. This means that the buyer will be the car's first owner per records.

The vehicle has been maintained at a proper charge level while the signatures of many notable Tesla team members can be seen in the visible portion of the battery pack.

More importantly, it got the special "2500" badge that indicates its significance as the last of the batch, aside from a full carbon body of the car.

This unique car is no longer listed on the used car website.

ⓒ 2021 TECHTIMES.com All rights reserved. Do not reproduce without permission.
Tags: Elon Musk Tesla Roadster Formula One
Most Popular